Learn Writing Tips From a Spy

Do you know David John Moore Cornwell? He lives 6 hours, give or take from London in a beautiful, Cornish ocean-front cottage. Oh, I’m sure you do know him.  His first book, The Spy Who Came in From the Cold, was published in 1963. He denied it initially, but he was a spy for MI6 at the time that he was first published. Against his publisher's suggestion, David chose, an “interesting” pen name we all know, John Le Carre’.

I recently watched a CBS, Sixty Minutes interview with John Le Carre'. That interview made me want to dig further into this writer’s various interviews over the years to glean the following nuggets of  wisdom from the ultimate spy-writer.

Write What You Know, When You Have Time To Kill (Figuratively, speaking)
In other words use dead time to craft a book. Le Carre’ wrote his first 3 books while working as a spy. The material was there. There’s not much difference between the author and his famous protagonist, George Smiley. “I live off my wits, I collect bits of people, I assemble them, I pitch a story and I sell it. He is a con man. Much the same..I do it in the page and he does it with human material. I’m a liar, born to it, trained to it by an industry that does it for a living.” He wrote during his long work commute while still in “secret harness” as a spy. He even worked for MI6 when the wall went up in Germany. In a 1963 interview on the Merv Griffin show he says, “I wanted to use the bureaucratic experience I had and translate that to the spy world…I wanted to write the literature of involvement. I wanted people to feel, “I’m locked in. I can’t get out. This could be me.”

Have Beta Readers For Your Manuscript
Le Carre’ was required to submit his manuscripts to his handlers at MI6 for approval before he could submit to his publisher. Talk about critique groups. Yikes! He was also required to write under a pen name. The name he chose sounded mysterious and spy like.

Keep a travel notebook
Le Carré keeps notebooks when he travels. Jotting down the sights, sounds, and smells of his travels. "This is the stuff then that I bring back here to this room, masses and masses of it, the memories, the observations, things like color, smell." He keeps all his travel notebooks. In Kenya and Sudan, it was an invaluable tool for his novel, The Constant Gardener. "Get them (your impressions of each local) down on paper and bring them back here, and then they're at your elbow."

Start your story as late as possible
To grab his reader's attention from the opening lines he “jumps into the action straightaway, then uses flashbacks to explain how his characters got there. He also takes a cue from Alfred Hitchcock: Put the bomb under the bed.”

Avoid "fuzzy endings"
“Once he's figured out a novel's theme, the next most important element of a John le Carré book is its ending. How do we get out of this? What will the reader feel? What will a person in the cinema feel as they walk out, as the reader puts down the book? It doesn't have to be a happy end, but it has to be a logically convincing end. And that is the satisfaction which I believe I owe the reader."

Start strong with a Memorable Character
In an Interview with Le Carre’by George Plimpton ISSUE 143, SUMMER 1997 ParisReview,
Le Carre’ states, “I’ve never been able to write a book without one very strong character in my rucksack. The moment I had Smiley as a figure, with that past, that memory, that uncomfortable private life and that excellence in his profession, I knew I had something I could live with and work with. The process is empathy, fear and dramatization. I have to put him into conflict with something, and that conflict usually comes from within. They’re usually people who are torn in some way between personal and institutional loyalty. Then there’s external conflict. “The cat sat on the mat” is not the beginning of a story, but “the cat sat on the dog’s mat” is.” 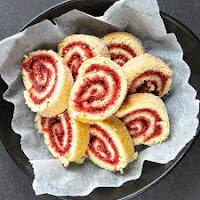 Write A Jam Roll
In another interview with Cornwell/John le Carré in the New York Times, “The environment in which I want to set them, and a sense of how the ending will be. From there the story takes over by itself. But with the layer cake method... you open the pastry out, spread the jam and then roll it up. I like to lead the story forward . . . on a whole variety of levels, and try to make all these levels then converge and pay off at the end. A central character, a conflict over who’s sitting on whose mat, and a jelly roll/layer cake of a story . . . it’s a recipe for great fiction.”

What is your writing tip?