Publishing a book is now within reach of anyone with a computer and Internet connection. It takes some doing, but it’s possible. Because of that, some authors—especially those who, for one reason or another, have been unable to break through and catch the eye of an acquisition editor—have decided to publish their book without going through a traditional publisher. They have “gone indie.” Those who’ve had books released by publishers but also go indie are referred to as “hybrid” authors. Of the millions of books available on Amazon, many are now independently published. Is it possible? Yes.

Is it easy? Not so much.

If you’re considering doing this, let me make a few suggestions, based on my own experience. The first is the same one I was given when I first started writing, and remains important for writers at all levels. Just because you’ve finished your story, you’re not done yet. I still recall the feeling of accomplishment I experienced when I completed my first novel. I had been given a contract, so why revise anything? Eleven published novels later, I can tell you that the individual who can write a book without revisions, both their work and that of an editor, is rare indeed. An editor can take a marginal book and make it good, and the right editor can take a good book and help make it great. Don’t ever neglect the value of an editor.

Traditionally published work may involve an acquisition editor, an independent editor who looks at the story arc, plus a copy-editor to catch misspellings and errors. The indie author must do all this himself, hire this done, or risk mistakes being pointed out by readers after publication. And they happen.

Then there’s the cover. The publisher generally takes care of this, but the author has to participate by giving the artist the basics of the story and characters. The writer then may or may not have input into the final product. For the indie author, it’s a matter of finding a cover designer and doing the same thing, but in this case the decision on the cover choice is up to the author. I’ve been fortunate enough to choose a good cover designer from the start, but that’s not always the case. You may not think the cover design is important, but it is.

Finally, the indie author can’t simply put the book out there and forget it. It’s necessary to market it. In this age of social media, there are a number of outlets for this activity, but let me remind you that the best advertising (in my opinion) is still word-of-mouth. This means distributing copies of your work to those who will read it, give an honest review, and then tell their friends.

As I said at the beginning of this piece, publishing is now within the reach of the average author. But it’s not a free trip to success. 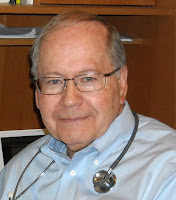 Dr. Richard Mabry is a retired physician, author of “medical suspense with heart.” His novels have been a semifinalist for International Thriller Writers’ debut novel, finalists for the ACFW Carol Award, Inspirational Reader’s Choice, and Romantic Times’ Reader’s Choice and Reviewer’s Choice Awards, and winner of the Selah Award. Surgeon’s Choice is his most recent novella. You can find more details at his web page and blog. He also has a presence on Facebook and Twitter.