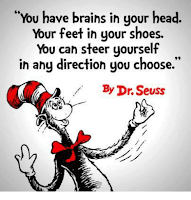 As Dr. Seuss said in his book Oh, The Places You'll Go!, “You have brains in your head you have feet in your shoes. You can steer yourself any direction you choose.”

There have been many a blog posts written about the value of writers’ conferences and networking with fellow authors. It’s the main perk in my humble opinion. You just never know what journey you may travel from the contacts you make at a writers’ conference.

Time travel with me to a writers’ conference where Dr. Barbara Mertz (aka Elizabeth Peters and Barbara Michaels) and Joan Hess met. Barbara’s first book was published in 1966, The Master of Blacktower. Joan Hess, first book, Strangled Prose, was published in 1986. I’ve loved reading each and every one of their books.

As Barbara says in her self-written biography, “The craft of writing delights me. It is impossible to attain perfection; there is always something more to be learned– figuring out new techniques of plotting or characterization, struggling with recalcitrant sentences until I force them to approximate my meaning. And nothing is ever wasted. Everything one sees and hears, everything one learns, can be used.”

I’d loved to have been a fly on the wall when these two, now, power authors met. What fun! Joan Hess’s (aka Joan Hadley) first book, Strangled Prose, was published in 1986. Joan gave a recent interview to The Strand Magazine recalling her first writer’s conference: “I met Barbara at my first mystery convention in 1986. I approached her timidly and complimented her on her “steamy tent scenes” in the Amelia series. She was amused. Over the years, we often talked on the phone about politics, other writers (gossip), and publishing. She was my mentor. When I needed a new agent, she took care of that in a day. We would gather with our closest friends for house parties and our secret “Grouchercons.”

Barbara and Joan both turned a chance meeting at a writers’ conference into a life-long friendship. Unfortunately, Barbara Mertz died on August 8, 2013 at the age of 85. When Barbara died, she left behind an outline and partial manuscript for what would be her last Amelia Peabody book, The Painted Queen. If you haven’t read her series, it’s fantastic. Now here’s the writers’ conference connection. Her longtime friend she met back in 1986, Joan Hess, completed Barbara’s work in process, to the delight of all Amelia Peabody fans. On Barbara Mertz’s birthday, September 29, 2017, Barbara’s legacy continued with the release of The Painted Queen.

Do you have goosebumps, yet? I learned this past weekend sadly, that author, Joan Hess died on Thanksgiving Day, 2017, at the age of 68. Clearly, Joan was meant to finish Barbara’s last book, a tribute to friendships and bonds you could form if you attend writers’ groups and conferences. What if Joan hadn’t asked a question of veteran author, Barbara Mertz back in 1986? 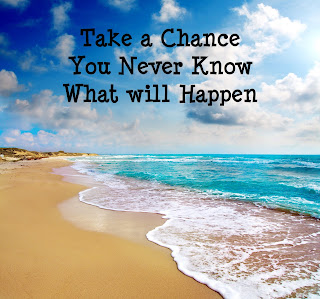 How about it? Are you going to be brave? Take a chance? Be like Joan back in 1986. Take a baby step...introduce yourself to our blog readers in the comment section. In 25 words or less tell our readers about you and link to your website. I can’t wait to see y’all on the blog.