How to Write When Life Steps on Your Head 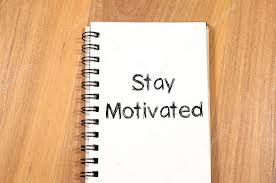 Through my newsletter at FundsforWriters.com, I’ve motivated writers for almost 19 years. With a goal to remain positive, with a mission to show that anyone with drive, diligence, and a strong degree of hard-headedness can navigate the writing profession, I practiced what I preached through crazy deadlines, relocations, birthdays, weddings, holidays, and more. As I preached, I thought that a dedicated writer wrote through anything.

Until we had two hurricanes and both my parents were diagnosed with Alzheimer’s within six months of each other.

Through tears, headaches, and lack of sleep, I kept telling myself to write. After all, I had deadlines. Suddenly my bottomless well found a rock-hard bottom, and not only did I struggle to write, but I wondered if I ever wanted to write again.

Practicing what I preached became more than rhetoric.

In the midst of all the chaos of family, moving, doctors, power going out, and being the strong shoulder for parents frantic they were no longer in charge, I looked back at what I taught my readers. . . to see if I’d been spot on or theoretical in my teachings.

And this is what I learned about dealing with a complicated, stressful life: 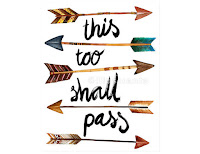 While I’m not home free, the days I have to write are slowly increasing. I still keep a tight restraint on the commitments I accept, for fear I’ll encroach on the two basic responsibilities I have. However, this too shall pass. Right now, I’m excited to see myself coming out on the other side, and thanks to the forced down time, I’m thrilled and excited about 2018. The opportunity to make new, more extensive goals has me practically giddy. 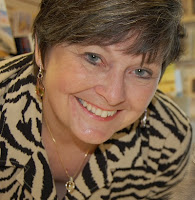 In 2017, C. Hope Clark still managed to publish Edisto Stranger, fourth in the Edisto Island Mysteries, and The Best of FundsforWriters, Vol. 1, a motivational how-to taken from the annals of the widely popular FFW newsletters. Her fourth Carolina Slade Mystery is set for release in Spring 2018. www.chopeclark.com / www.fundsforwriters.com

Email ThisBlogThis!Share to TwitterShare to FacebookShare to Pinterest
Labels: C. Hope Clark, Edisto Stranger, How to Write When Life Steps on Your Head, The Best of FundsforWriters, Vol. 1