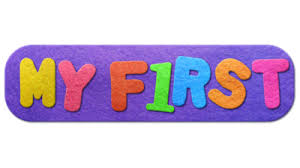 So I’ve written my first sequel, which was a new experience for me. WILD CARD is the second part to my debut novel, DEAD MAN’S HAND. I have no plans, no idea how many books I’ll write with these characters. I’ll just write, and see where the characters take me. Who knows?

PROS: There are definitely some benefits to writing a sequel.
Characters
For one, the main cast of characters are already formed. Readers are familiar with the main characters in the series, and there is no need for a lot of backstory to get readers caught up, or a lot of explicit detail to show character traits and physical appearances.

Readers/Fans
Since I have book #1 under my belt, I’ve already formed a small fan base and readership who are earnestly awaiting my next novel. I won’t have to worry about reaching those readers, as they are returning customers, and will already be searching out my books. 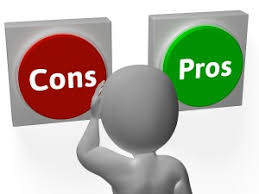 CONS:
Expectations
Because DEAD MAN’S HAND garnered so much attention and success, now there is a level of expectation that comes with my next book. With so much praise and five-star reviews, readers have a high expectation of what they are looking for with a new Calvin Watters’ book.

Time
I don’t have to tell you that it’s a lot faster to read a book than it is to write it. Readers are expecting another book as soon as they finish reading the previous one. It took me five years to write the sequel to DEAD MAN’S HAND (sandwiching another book in between), and once readers have finished WILD CARD, they will be expecting another Calvin Watters adventure. I might not have time to breathe.

Luke Murphy is the International bestselling author of Dead Man’s Hand (Imajin Books, 2012) and Kiss & Tell (Imajin Books, 2015).Murphy played six years of professional hockey before retiring in 2006. His sports column, “Overtime” (Pontiac Equity), was nominated for the 2007 Best Sports Page in Quebec, and won the award in 2009. He has also worked as a radio journalist (CHIPFM 101.7). Murphy lives in Shawville, QC with his wife, three daughters and pug. He is a teacher who holds a Bachelor of Science degree in Marketing, and a Bachelor of Education (Magna Cum Laude).Wild Card, a sequel to Dead Man’s Hand, is Murphy’s third novel. For more information on Luke and his books, visit: www.authorlukemurphy.com, ‘like’ his Facebook page www.facebook.com/AuthorLukeMurphy and follow him on Twitter www.twitter.com/AuthorLMurphy