What Sgt. Pepper Can Teach Writers 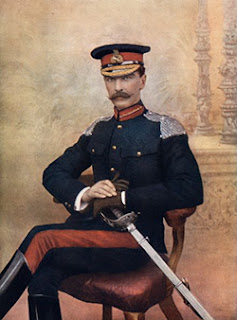 It was fifty years ago this week that The Beatles released the album that made the music world's head spin. Sgt. Pepper may have "taught the band to play", but he also provided some teachable moments for writers.

A little friendly competition can be a good thing
Wordsmiths readily draw inspiration from other wordsmiths. The Beatles' Rubber Soul album (1965) motivated The Beach Boy's Brian Wilson to create their most ambitious album, Pet Sounds (1966). Then, after hearing Pet Sounds, Paul McCartney set out to create an album capable of topping that. To this day, Sgt. Pepper's Lonely Hearts Club Band (1967) and Pet Sounds remain the #1 and #2 albums on Rolling Stone's 500 Greatest Albums of All Time list.

No filler
Albums traditionally contain only a couple of hit-worthy heavyweights, with less catchy songs comprising the rest of the collection. In order to produce an album that would surpass any before it, the fab four pledged to make every song a standout. During these sessions, it became typical for Paul to spend three hours of studio time capturing the perfect bass track, or for all four to run through a song till dawn trying different tempos and instruments till they found the exact sound they were looking for.

Putting that same painstaking care into every chapter of our book (including the middle that tends to sag) will ensure that the whole is greater than the sum of its parts.

Mixing Fact and Fantasy into Creative Nonfiction
Some of Sgt. Pepper's most acclaimed cuts came from real-life influences: an 1843 circus poster in John Lennon's house ("Being for the Benefit of Mr. Kite"); a classmate of his young son ("Lucy in the Sky with Diamonds"); a runaway in a news story ("She's Leaving Home"); a parking ticket left on Paul's car by a meter maid ("Lovely Rita"); the death of a rich acquaintance ("A Day in the Life").

Each time we write, it's a mix of reality and our imagination. If we have the eyes to see it, everything in life can be a trigger for creativity.

Variety is the spice of life
No other group in history experimented as much as The Beatles, who created many of the innovations that are now staples of the studio. From aural innovations to genre-hopping (pop, rock, psychedelic, vaudeville, classical, Indian music), they refused to settle into the comfort of familiarity. Recording engineer Geoff Emerick learned to never say no to their crazy requests, instead finding a way to make it happen.

Writers who challenge themselves to move forward into uncharted territory are the ones who break new ground.

Establish the mood with the right title
Although Sgt. Pepper's Lonely Hearts Club Band is widely considered to be the first "concept album", the only connective elements are the opening medley introducing the fictional singers and a wrap-up near the end as the "band" leaves the stage.  Otherwise it's a collection of unrelated songs, not unlike an anthology of short stories. But the distinctive title (inspired by salt and pepper packets on a plane) ties it all together as one cohesive unit. Strive to make your book title just as memorable.

A little help from a (talented) friend
Perfectionists though they were, the fab four benefited from fine tuning. Enter the objective, experienced ear of producer George Martin (regarded as the fifth Beatle). His background in classical music, jazz, comedy albums and children's records gave him the unique ability to take anything the lads could throw at him and refine it into a polished production.

Geniuses though we humbly be, we're also too close to our own writing to see what other people see. Seek the feedback of carefully-chosen first readers as well as an established editor before releasing your latest masterpiece. 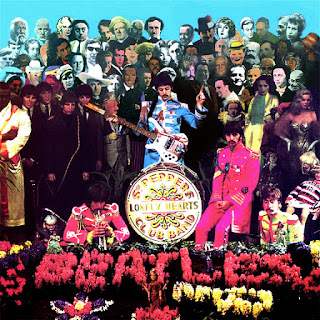 First impressions are lasting
The famous cover of Sgt. Pepper was groundbreaking for several reasons. For the first time, lyrics were included. Never before had there been a pop album with a folding sleeve. The cover design was the most expensive in history, costing the equivalent of over $3000. It's the most imitated and parodied cover of all time, with the possible exception of Abbey Road.

Buyers will always judge a book (and an album) by its cover, so coming up with that key visual is not a time to skimp. The Beatles stuck to their specialty of music, and left the cover design up to the professionals. (Most of whom won't cost you $3000.)

Take it to the limit
The 50th anniversary of Sgt. Pepper sees the release of a remastered set that includes six discs of remixes, outtakes, rarities and videos. Modern digital wizardry has revived the original recordings to a brilliance and clarity they've never had before. Which makes it even more amazing that The Beatles accomplished what they did with the limited technology available in 1967.

Today's creative mind has never had it so good. With computers to easily capture and edit every word we write, the Internet to research any story detail, and specialized software to help us plan each aspect of our outline, what's our excuse for not creating something that people will still be celebrating fifty years from now?