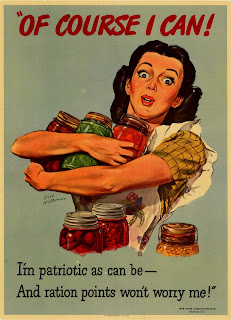 Sometimes we wonder what is going to be our next novel.
You know there is a plethora of information available for us to research and create our stories and characters.
For example, being a history buff I wanted to know more about World War I; not the killing, but how the soldiers lived during this period and how we as a nation lived. I looked up the National WWI Museum and Memorial site, clicked on Win the War in the Kitchen: exhibitions.theworldwar.org/war-fare/#/in-the-kitchen. Boy was I surprised. Here is some of the info I found. Could you use some of the information to build your characters and stories?
On April 6, 1917, the United States entered World War I; May 5, President Woodrow Wilson appointed Herbert Hoover as the head of the U.S. Food Administration. I had never given the food, during this period of time, a thought.
Mr. Hoover called on Americans to voluntarily help the war effort––save food without imposing rations or regulations. He stated, “The whole foundation of democracy lies in the individual initiative of its people and their willingness to serve the interests of the nation with complete self-effacement in the time of emergency.”
As such, the nation moved to “Meatless Mondays”, “Wheatless Wednesdays” and more creativity in the kitchen using less dairy, fats and sugars. Today, we might say it was gluten-free, vegan and heart-healthy for a greater good.
Everywhere we turn today, people are talking about eating healthier foods, omitting fats and sugars from the diets; going for gluten-free and becoming vegans. In essence searching for foods that are healthy for our bodies; and 100 years before, our great-grandparents and parents did it willingly to help our men and country during the war.
Just this information above can be added to a story, either in the present or in the past. What this tells me is we can use this to write all aspects of the things that make up our character’s personality, traits, conditioning which in turn would make the character ever so much more interesting. One of your characters might be an old man, but when he was a child, he had to give up sugar, candies, cakes and pies because that sugar was needed for the men in the war. So if in your story we find him over indulging in sweets, we could understand why . . . or perhaps he doesn’t eat anything with sugar. It could go either way.
Did you know fats were the most precious thing in the war? Germany was nearer breaking for want of fats than any other one thing. “Fats” supply energy. When people grow hungry, they draw on the fat in their bodies. Without fat they weaken and waste away.
Did you know glycerin, which comes from fat, is one of the chief things that make modern explosives? Our armies used fat by shiploads.

There is interesting information available for writers to use to create characters who had quirks that were a product of the past that would add a nugget here and there to make the stories and characters we write more interesting, don’t you think?
Visit the Georgia Humanities, you will find information you can use to create wonderful, enjoyable stories and characters. Georgia Humanities is a partner of the Georgia World War I Centennial Commission.

So what quirks will you give an old character in your story?