Having recently attended the funeral of a former professor, a writer friend was exhibiting a more philosophical side of himself than I usually get to see.  His contemplations led us to the question:

If you knew you had only a year to live, how would you spend it? 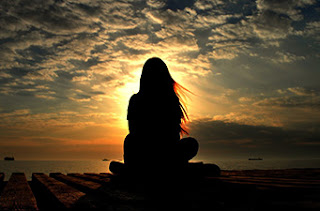 I think most of us would share some of the same answers.  We'd make sure our affairs were in order. We'd express our love and thanks to the people who've meant something to us.  We may travel to some place we've always wanted to go.

I'd like to take that question a step further and ask:

What would you regret not finishing?

Since you're a writer, you may be thinking of a particular book.  Perhaps it's one you're working on right now.  But most likely, you have an idea that's been nagging you for years.  It won't let you forget it, even though you keep it at arm's length for a number of reasons.

What is it about this book that causes you to keep it on the back burner?  It is too challenging, too honest, too likely to invoke criticism?  Fair enough.  But if it keeps haunting you, pay attention to that.  It could just be that it's the most important book you're meant to write.

Herman Melville, Charles Dickens, Truman Capote, F. Scott Fitzgerald, Jane Austen, C.S. Lewis, and Mark Twain are just a few of the famous writers who had unfinished novels at the time of their death. Most of these books were published without endings.  More recently, Stieg Larsson (The Girl with the Dragon Tattoo) left behind a string of synopses for future tales in his Millenium series, possibly to be written by his successor.

In his classic A Year to Live, Stephen Levine spells out the importance of valuing the nudges of inspiration we are given.  Honoring them, embracing life more mindfully, and forging ahead fearlessly, we will be less prone to feel like our time has come too soon. Levine writes:

"Last words are as spontaneous as the life that produces them. If we speak now with care and consideration, if we use our words now to express our heart, that is the voice that will speak for us as our awareness gathers to depart."

What words do you want to leave behind?  How will the world remember you as a writer, as a person?  With the limited time we have to leave our mark, let's strive to do it with the truest voice we have to offer.