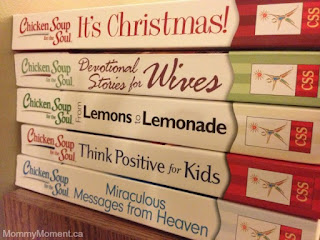 Chicken Soup for the Soul has been around an incredible 24 years and is considered the best-selling trade paperback series in publishing history. Its longevity is due in part to the diverse writers who contribute to its varied titles.

How could you become one of those writers? Try dissecting this chicken and see what makes it tick.

Most writers know the head—I mean opening—must hook the reader. But you can find many ways to effectively kick off a Chicken Soup story.

·       Dialogue always adds interest and catches your reader’s attention, but since characters have not been introduced yet, it can cause confusion. If you use this method, be sure it’s clear who is speaking. Few Chicken Soup stories begin with dialogue.
·       Setting can ground the reader in time and place, but it can be boring if you’re not careful. Hold to the maxim that it’s taboo to open with a weather report. Give just enough detail that readers picture the scene.
·       Shocking statements grab a reader’s attention and make him want to read on. Just be sure the statement is relevant and stay true to your story.
·       A question can draw readers in. But be sure that if you ask a question at the beginning, you answer it by the end.

The closing of a Chicken Soup story is almost as important as the opening. You must resolve any conflicts, answer any questions, and bring it to a satisfying conclusion—without belaboring the point. As my friend Marylane says, “Tie it up with a bow. Your story is your gift to the reader.”

Tie the closing to the title, the opening, or a turning point in the story to bring your tale full circle.

·       End with a lesson learned. Most Chicken Soup stories include the takeaway in the closing.
·       Conclude with a repeated line or twist on a repeated line used throughout to connect the end to the rest of the story.
·       If the story is humorous, or sometimes even if it isn’t, close with a punch line to leave the reader happy.

Finally, you need something to hold this chicken’s head and tail together. The middle or “guts” of the story must provide a conflict or struggle for the main character (which is probably you) to overcome. It draws the reader along keeping her wondering what is going to happen and how the protagonist will triumph. 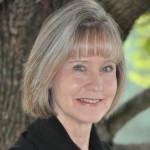 As co-director of Write Life Workshops, Tracy Crump conducts workshops and webinars that encourage others to “Write Better, Write Now!” Storytelling is her specialty, as evidenced by two dozen stories published in anthologies, including nineteen in Chicken Soup for the Soul. She edits The Write Life, a free e-newsletter with story callouts, that has inspired many writers to move forward with their writing. Her love of teaching also takes her to conferences where she helps writers hone their craft. Tracy’s numerous articles have appeared in national magazines such as Focus on the Family, ParentLife, Mature Living, and Light & Life. She has been a magazine columnist, written for newspapers, and published around fifty devotionals. Recently she has taken her “Stirring the Pot: Writing for Chicken Soup for the Soul” workshop on the road and is loving it. Website: www.TracyCrump.com  FB Profile: https://www.facebook.com/TracyKirkCrump
FB Author Page: https://www.facebook.com/AuthorTracyCrump/
Twitter: https://twitter.com/TracyCrumpWrite