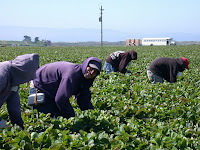 Everyone worked at my home, a South Texas farm near the Mexican border.

My playmates were children of Mexican laborers. Language never hindered playing la casa, making mud pies, or rocking los bebés. Frijoles and tamales served from stewpots over open fires tasted delicioso in either language. I learned outside their homes a broom works great on hardened soil.

Daddy paid workers on Saturdays, some by the hour, others by production. Lining up, they extended their hands, and he laid cash across their open palms. They checked figures scribbled on paper scraps, trusting el patrón to correct discrepancies. Humble, grateful people, they showed respect.

Daddy verified immigration paperwork for those whom he housed. Others lived in the shadows, arriving around sunup and disappearing before sundown when a car or truck would rattle alongside the field. The shadow worker would slip inside, and the vehicle would clatter toward the horizon.

Occasionally, however, an alarm shouted in Spanish would sound across the field. Dropping his cotton sack, a worker would dash toward the trailer in the turn row. He and a compadre would leap over the sides and dig a hole in the freshly picked cotton like hounds burrowing under a house. The first crawled in, and the other covered him up.

The immigration officer making his rounds would walk into the field and occasionally stomp around inside the trailer, searching for man-sized lumps. I never witnessed the discovery of a shadow worker, but I heard about them. Worst of all, I heard about tragedies. With very little oxygen between tightly packed fluffs of cotton, a man could suffocate and occasionally would. I wondered what would lead a man to take such chances and how my law-abiding, God-loving father justified his complicity. So I asked.

“Desperation, sugar. All they want is work. I can’t turn them away. Work’s a gift.”

Since when is work a gift? I wondered. Years later I understood. The strength to work was God’s gift. The opportunity to work was Daddy’s. And the fruit of a man’s labor was the gift he sent home each week. 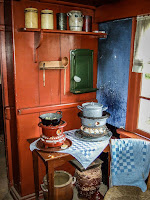 At Christmas we enjoyed preparing bushel baskets of meats, fruits and vegetables, candy and nuts, and toys for each family. I wondered about those who stayed around only for a day. Would their children find fruits, nuts, or even a piece of candy on Christmas morning?

Answers evaded me then, but as a writer in my eighth decade of life, I count the strength for each day of writing to be a gift, as is less pain in my arthritic hands and back … a unique turn of a phrase … and an invitation to write a blog. 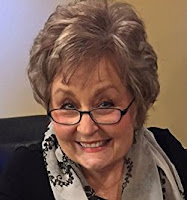 Linda Brooks Davis, winner of 2014 Jerry B. Jenkins Operation First Novel and 2016 ACFW Carol Award, Debut Category, has lived in multiple states and outside the U.S, but she speaks Texan. Born and reared in Raymondville, a small farming town in the southernmost tip of Texas, Linda holds Bachelor's and Master's degrees. She devoted forty years to the education of students with special needs before settling down to her lifelong dream: writing. Set in 1905 pre-statehood Oklahoma, THE CALLING OF ELLA MCFARLAND, an inspirational historical with a strong romantic thread, debuted on December 1, 2015.When not writing, Linda enjoys Bible study, reading, and researching genealogy. She and her husband dote on six grandchildren, three of whom arrived in 2005--in triplicate form. In her first published article, "The Choice", which appeared in 2011 in LIVE, a publication of Gospel Publishing House, she chronicled her daughter's agonizing at-risk triplet pregnancy and the heart-wrenching choice her medical team placed before her.Linda likes to brag on her daughter and son, both veterinarians who like one another well enough to practice together. In Texas that's called learnin' to get along.You may visit Linda at lindabrooksdavis.com. Porch light's always on.