A Road Trip can Embellish Your Writing 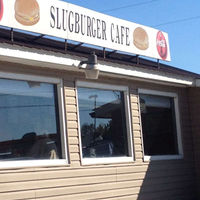 Recently I took a quick trip further south into Mississippi and Alabama. It took me from metro Memphis, to suburb, to southern hamlets and to rural southern venues.

I saw a restaurant newly renamed "Harry's Tacos" the sign looked like a child had used crayons to write in crooked poorly spaced primitive looking letters.

Another resturant on the highway was named "Slugburger Cafe." However we did note it had a booming breakfast business judging by all the vehicles in the parking lot. If you are interested in reading about Slugburgers here is the "history." Spoiler alert they are not named for the slug critter but rather the slang for a nickle.

I passed a distracted driver who I thought was texting but wasn't as I discovered. I observed the driver was using no hands to drive while he placed chewing tobacco in his mouth. He then used his teeth to pull the string to close the tobacco bag. He did all this going 65 miles an hour. The angels were with him because his driving was terrible as he drifted from lane to lane. 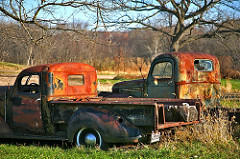 You could tell it was hunting season. Leaves had turned to brilliant fall colors and then fallen.  Pickups were pulled off the highway at various angles near trees areas. It was common place to see groups of men in full camouflage walking with guns into these woods. Since I was traveling I didn't observe them returning to their trucks with their daily limit. These are folks that carry on the hunting traditions learned from past generations. These hunter's freezers will be full of meat they will eat and share with neighbors.

As writers these glimpses into Southern Americana can give you fuel to write a short story. You could use any one of these observations to add depth to a scene or create interesting dialogue.