Tommy Duncan was the vocalist with the Bob Wills Band (and if you never heard of the King of Western Swing, I feel sorry for you). Tommy wrote and recorded a song titled, “Time Changes Everything.” As I prepared for the release of my tenth novel of medical suspense, Medical Judgment, I thought back to my first novel and realized that in this case, as in the romance Tommy Duncan sang about, time indeed does change everything.

When my first novel, Code Blue released just six short years ago, I arranged a “launch party” at a bookstore in the area. I even had a cake with CODE BLUE on top in blue frosting. I invited all my friends (and some people I barely knew). And when it was time to start, although I expected maybe a hundred people to be there, in actuality the area set aside for my talk contained perhaps a fifth that many persons. When I talked with management afterward, they told me that a New York Times best-selling author had been there to speak just a month earlier, and drew an even smaller crowd than mine.

After that experience, I soon stopped doing launch parties. Now I see some of my colleagues celebrating the release of their books in different ways, while others choose to stick with getting the word out via social media. For a while, it was popular to recruit a group of “influencers,” who would post reviews and tell others about the book. Now I see that groups called “street teams” are being formed. Some authors even have closed Facebook groups to which these special individuals are named. Truly, “time changes everything.”

My tenth book, Medical Judgment, released this month. I didn’t schedule a launch party. I did recruit about a dozen influencers, giving them a suggested list of things they can do to help. I set up a number of blog appearances (each one associated with giving a free copy of the book to a randomly selected commenter). I’m not sure what I’ll do to get the word out for my next novel after this one. After all, as Bob Dylan said, “The times they are a-changing.” 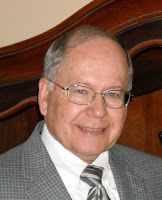 Dr. Richard Mabry is a retired physician, now writing “medical suspense with heart.” His previous novels have garnered critical acclaim and been recognized by programs including the ACFW’s Carol Award, the Romantic Times’ Inspirational Book of the Year, the Inspirational Readers Choice, and the Selah Award. He is a proud member of the ACFW, the International Thriller Writers, and the FHL chapter of the RWA. Medical Judgment is his tenth published novel. He can be found on most aspects of social media: website, blog, Twitter, and Facebook, to name just a few.