Bourbon – Could it be the next Urban Cowboy 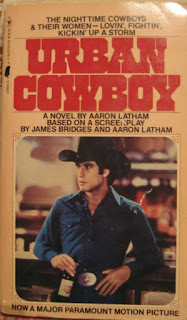 I remember sitting in the waiting room of an auto repair shop and reading an Esquire Magazine article about the young romance between Dew Westbrook and Betty Helmer. It was a fascinating read about the cowboy dance hall subculture. It was written by Aaron Latham in 1978. Latham latter paired up with James Bridges and wrote a screenplay from the article and using the same name Urban Cowboy for the 1980 movie.

I recently was introduced to the world of Bourbon. This occurred on three separate occasions during the year. In January I was in Hochatown, Oklahoma for an annual outing with family and friends and came across a distillery nearby. The Mitch and Kerri McDaniel and family left their Arkansas roots and moved out to Hochatown for a new business venture. Mitch’s family is involved in The Hochatown Distilling Company, resort cabins, a brewery, restaurant and gift shop. Mitch took us on a tour of his distillery and showed us his set up. Later that year they had their 200 gallon distillery running. It was at this meeting I discovered there are hundreds of these smaller operations springing up all over the country. 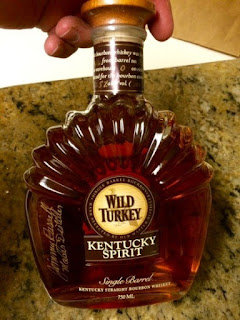 In April I was invited to a Bourbon Tasting at Corks in Germantown TN. Having never been to one I really didn’t know what to expect. It was held at 4:00 in the afternoon and at 4:00 a large number of business men in upscale vehicles descended on the parking lot. They quickly stepped into the store some carrying bottles from home. They approached the table set up in the lobby with a distinguished man setting there and nearby a shelf with a variation of bourbon bottles. Some sounding familiar even to a novice like me. The gentleman was Master Distiller James Russell with the Wild Turkey out of Lawrenceburg, Kentucky.” Mr. Jimmy” was here to promote his new bourbon carrying his name and to sign any and all bottles bought or brought to him. Those brought were mostly collector’s runs such as anniversary or special event runs. He gladly signed all with a pen with golden ink.

My third encounter was with a Facebook posting from a friend. He had taken a long weekend with his wife and several couples on the Bourbon Trail in Kentucky. I admit I was not aware of the trail so I had to Google it. The distillery’s are all in an area between Louisville and Cincinnati. You can tour each one and do so in just a few days. I did find out when speaking with “Mr. Jimmy” that they are all friends in the business so why not develop a promotional tour as such for all the interested customers. 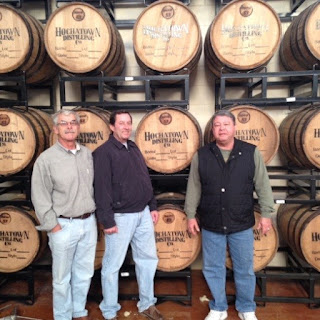 Bourbon may not be the next big thing to hit the popularity level of the Urban Cowboy. After all Urban Cowboy had romance. But who is to say writing a romance into the Bourbon craze wouldn’t work. The drink is seen in a lot of popular movies and shows that have everything from romance to murder. House of Cards President Francis “Frank” Underwood played by Kevin Spacey is known to drink Blanton’s a fine Kentucky Bourbon with a Jockey on Horse cork.

Keep your eyes open for those surprising subcultures around you. You can bring them to the forefront but to do so it must be in a way that connects those not in the subculture. No doubt romance is a great way to do it. Romance crosses all subculture lines.

And just in case you missed it June 14th was National Bourbon Day. There is always next year.