All Action and No Talk 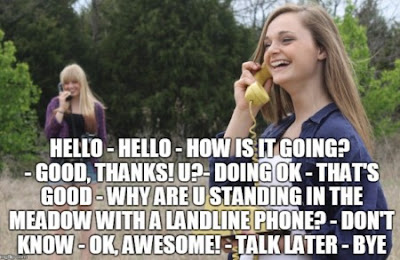 Think of any British movie (or TV series, for that matter).  Conversation is basically nonstop.  Sometimes the only pause is for an establishing shot, and then they're right back at it again. Even an action flick like James Bond will have more dialogue than most, which makes sense since exposition is what espionage is all about.

They say the reason for this dates back to the 1930s, when movies were still young.  Once the silent film era ended and talkies were possible, British cinema went for intellectual, heady dramas, while America's post-war influx of non-English-speaking immigrants caused filmmakers to rely less on the spoken word and more on the action.  Musicals were extremely popular, and Gene Kelly's long dance numbers caught on with people of any language.

I'm reminded of a CD a friend recommended years ago and gave me for my birthday, an album by a foreign soprano who sang many of the selections in Italian.  Since the only Italian I know involves pasta dishes, the music and the performances had to work extra hard to get my attention, which they did.  I remember marveling at how effectively emotions were conveyed despite my lacking any understanding of the message.

The orchestration, of course, did much of the heavy lifting.  If, by the same token, you were to listen to a spoken radio broadcast in a foreign language you don't know, chances are there would be a total failure to communicate.

2012's Best Picture Oscar winner,  The Artist, is a silent film relying largely on what the audience sees rather than hears (or, in this case, reads). Pixar's Wall-E (2008) is an even stronger example of delivering an entire story without the use of words. 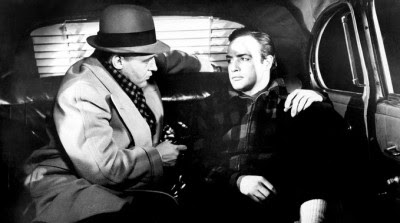 There's a legendary scene in the classic On the Waterfront where Marlon Brando's brother threatens him in the back of a cab, pointing a gun at him.  The disappointment on Brando's face and the gentle way he moves the gun away conveys more pathos than any diatribe a writer could have put in his mouth at that moment.

By now you may be reminded of the old adage "Show, don't tell", and indeed, all of the above makes a decent argument for that philosophy.  I bring it up not necessarily to promote writing less dialogue, but to encourage greater appreciation for the power of imagery, whether on the screen or in a novel.

We are, after all, visual people.  The quote "Believe half of what you see and none of what you hear" is attributed to everyone from Mark Twain to Edgar Allen Poe to Benjamin Franklin.  I myself heard it through the grapevine from Marvin Gaye.   I don't know how true that statement is, but I'll believe it when I see it.