The Journey and the Joys of Serendipity

Social media and posts from various Internet writing groups have made me aware lately of a race to keep churning out product. At the same time, I’ve been receiving e-mail notices offering “essential keys to acing story structure” and gaining a competitive edge if I will just buy this or that tutorial.

Naturally, this marketing frenzy makes me ponder why I create stories in the first place and the process I use along the way.

The first thing that comes to mind is something a noted college instructor from the Midwest used to tell his students. He believed the best way to generate a worthwhile tale was to try not to write. When and if the time came when you couldn’t stand it any longer, when you were haunted by a compelling what-if? Or unfinished business, that was the sign you were ready to begin.

If so, I can only guess your subconscious must be busy testing and sorting things out until you reach a certain tension point. Something has been baking and stockpiled so that, seemingly out of the blue, all kinds of links start to appear. For me, this signal is a promise of never-ending discoveries once you set out on the path.

For example, in my crime-and-blues novel Twilight of the Drifter, a couple invited my wife and me down to the backwoods of Mississippi. It seems Bob, the husband, had just inherited an old log cabin. While taking an exploratory walk, he and I got lost in the brambles and thickets until we came to a stream of water blocked by shattered fallen limbs. Not at all sure where we were, Bob said, “I think this here is Wolf Creek.” Soon after I learned there had been a Civil War skirmish close by along with a troubling Civil Rights episode some hundred years later. Back home in Connecticut, for no apparent reason, my wife decided she wanted to contribute to a homeless shelter. While there I couldn’t help noticing an abandoned box car rusting on the railroad tracks across the way. Some drifters were holding out there, I was told, until it became much too cold and they were forced to relent and come inside.

By this time my imagination was off and running. I placed the box car in Paducah, Kentucky where a shivering runaway pre-teen by the name of Alice was hiding, blocking from memory what she had witnessed over the border up in a hunter’s blind above Wolf Creek. Josh, a homeless man, was also, in a sense, a runaway when, by chance, he came across Alice. Like me, Josh had never really stuck his neck out, never really faced danger. He just wanted to be a rambler and play the blues. It later dawned on me that he didn’t realize you had to earn the right to be a bluesman. And on and on the links began to evolve, connecting to the past and the present day—the Civil War and hidden secrets from the Civil Rights movement, the blues scene on Beal Street in Memphis, and a current political campaign for governor of Mississippi.

Needless to say, it took a while for all these interweaving threads to resolve. But in the end, and judging from what readers have shared, the effort seems to have been worth the candle. And I can’t help recalling F. Scott Fitzgerald’s advice. To paraphrase, it goes something like this: “The born novelist has to have the soul of a peasant, tilling the soil, nurturing the crop through all the seasons until the work is genuinely ready for harvest.”

I should point out that it’s not that I’m oblivious to the marketplace and what may await you “out there.” For instance, here’s a blurb from my latest on Amazon:
“5 stars.  “Murder Run is a terrific read—fast and funny, with well-drawn characters and a good deal of ambiance and charm.” Peter Lefcourt, Emmy winner, Hollywood”

I do wish Mister Lefcourt had taken my quest a bit more seriously. But still and all, the journey was self-generating, driven by a haunting set of circumstances, unfinished business and surprising moments of serendipity that led me from the hills of Connecticut, to the streets of New York, down to Miami Lakes and back again until this twisty conundrum finally played itself out. 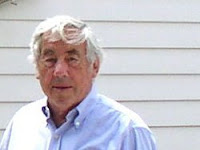 Email ThisBlogThis!Share to TwitterShare to FacebookShare to Pinterest
Labels: Lilac Moon, Murder Run, Shelly Frome, Sun Dance for Andy Horn, The Actors Studio, The Journey and the Joys of Serendipity, Tinseltown Riff, Twilight of the Drifter