All Talk and No Action 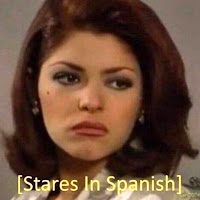 Word guy that I am, I like to turn on the subtitles when I watch TV.  Number one, there are too many celebrities who mumble.  Number two, I find it interesting to see how the words on the screen are interpreted by the actors.  And three, it can be funny when a news channel with auto-translation thinks "senior advisor" is "seen your abs eyesore".

There are other times when I will close my eyes and just listen.  Lacking visual cues, I assess how effectively the dialogue alone carries the story.  I am frequently surprised by the lengthy breaks of no dialogue at all, when wordless action takes over, especially during movies.  I'm also surprised by how often I fall asleep while doing this, but I digress.

These scenarios illustrate how dialogue and action depend on each other.  In a book, long pauses like the one above will be covered by narrative, explaining the silent activity taking place or providing exposition.  A novel with an abundance of dialogue benefits from these reprieves from incessant conversation.  Even though the reader is still absorbing a litany of words, they do not register in an audible way.

By the same token, too much narrative without quality exchanges of dialogue gets wearisome.  We like to see dialogue coming because we think communicatively, whether it's conversation with friends or our own endless inner monologue (we see something out of the ordinary and literally think to ourselves, "What's that?").

"If you can't say something right, don't say it at all."

Dialogue is "wrong" if it's unrealistic.
In normal conversation, people don't talk in long, uninterrupted diatribes.  Jack Nicholson's famous "You can't handle the truth" speech works because the setting is a courtroom interrogation and he's on the stand.  Plus, he's Jack Nicholson.  Most of all, the whole story has been built to lead up to his climactic soliloquy.

Dialogue is especially unnatural when characters give awkward exposition:

"Hi, dear brother!  I haven't seen you since Aunt Betsy's funeral in Minneapolis two years ago this August."

"Did Leonard's family get here yet?"

"Yes, around 3:00," she answered, "with an entourage that included his wife, two noisy, badly-behaved children and several suitcases big enough to tote tubas in."

Instead, let the narration do the heavy lifting:
"Yes, around 3," she answered, "with a couple of spoiled brats."  She recalled the oversized suitcases they had brought in and imagined stuffing the children in them.

Don't load too much exposition on your character's back.  Simply put, if a real person wouldn't say it, neither should your character.

Dialogue is "wrong" if it's TOO realistic.

Between typical people, conversation includes a lot of stuff that would run a reader off: 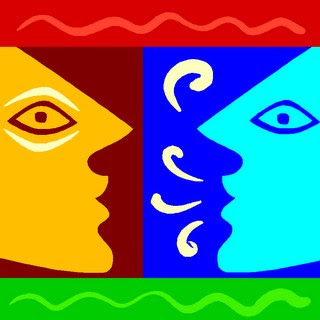 Minutia like this is the stuff of life, but not the stuff of story.  Any dialogue that doesn't further the plot doesn't belong.  Readers who are conditioned to a snappy pace don't think twice when a character simply says, "See you tomorrow," and leaves.  But they take note if dialogue lapses into banality.

The most interesting dialogue delivers the unexpected.  Instead of:

"I saw Grace at the supermarket today."
"Yeah?  How is she?"

"I saw Grace at the supermarket today."
"Grace is in Italy."

Dialogue done right can be as intriguing as your action scenes.  Put well-crafted dialogue in the mouths of your characters, and you'll give your readers something to talk about.