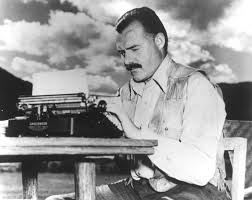 Mr. Hemingway once said, "Writing is easy. You just sit down at a typewriter and bleed."

I’m not sure about the bleeding, but I admit that there are times when the creative juices slow to a trickle, even dry up completely. The phenomenon known as “writer’s block” can paralyze a writer, turning her or him into a terrified, catatonic zombie.

If you rely on words for your livelihood, you must understand the cause of this paralysis of words. It is simply --fear.

Fear in writing? Ridiculous, you say. Writing is your passion, your life. How can you fear what you love?

Well, how about these…fear of rejection, fear of exposing your deepest feelings and emotions, fear of criticism, fear of people laughing at you...and the list goes on. Fears are normal.

The answer to overcoming writer's block is to recognize and conquer your fear. It really is that simple.

Here’s how you do it. Write.

I can hear the cries now. That's not fair! If I could write, I would. Go peddle your advice elsewhere while I sit here and tremble in front of my keyboard.

Calm down. Tremble if you must, but write a word…one single word...then write another. Keep writing words until you string them together into a sentence. Once you have a sentence, string more words together until you have another sentence and then a paragraph.

You may come to the end of your paragraph and think to yourself, My God, that is the worst thing I have ever written...and it might be. It might be terrible, but you will have written...something.

That’s it! You have engaged in the process of writing. You may edit it later, or even delete it. So be it. The point is you will have conquered your fear. You will bleed words again, to use Hemingway’s metaphor. If you want to write, put your hand on the keyboard and write something...anything.

Too many writers are filled with the mysteries of writing...the mystical, high calling...the spirituality of writing. They wait for a spark, that one crystalline thought, like a dewdrop reflecting the light of a rising sun before they dare commit to writing a word. I say...Hogwash. 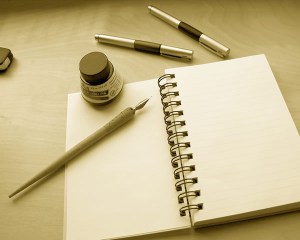 It may be your passion to write, but in the end, writing is a skill. Writing is work. There will be good, productive days and some bad ones too. If you choose to write as your profession, then master the skills and take the mystery out of it.

Make a list of your fears. Read the list carefully...once. Now throw the list the hell away. Go back to step one and write a word, and then another.

You are a writer. Write! 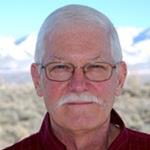 Glenn Trust was born in Columbus, Georgia. Varied work and life experiences have given him a deep appreciation of human nature and the virtues and faults of people at all levels of society. He says, “I love people, the humanity that populates the world. His experiences working as a police officer in the Atlanta area in the 1970’s and 1980’s heavily influence his work and the characters he creates. After leaving law enforcement, he continued his varied experience, working for a large financial services company for a number of years and as a City Manager for a small community in Nevada. Glenn Trust is the author of the Amazon Bestselling ‘Hunters Series’ and the ‘Blue Eyes’ series. Other works include Dying Embers, a novel dealing with racial prejudice and bigotry that surrounded the period of school desegregation in the south. Lightning in the Clouds, a collection of short stories dealing with “end of life” events and the journey and passage we all face was published in February 2015. Others projects are planned and underway. Social Media links are Website - Blog Page - Facebook - Twitter -