Not Afraid of the Dark


If I was to bring up the name of writer J.D. Salinger, most people would think of one of two things: 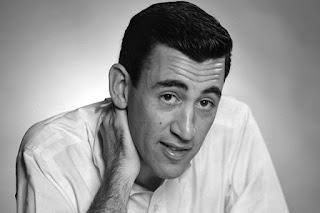 1. Catcher in the Rye, his first and most well-known novel.

2. John Lennon, whose assassin was reading Catcher in the Rye prior to the shooting.

But if you're a writer, there's a third thing Jerome David deserves to be equally famous for. He gave us one of the great quotes about writing:

"Novels grow in the dark."

Meaning that our mind continues to process for us even after we turn out the lights, figuratively as well as symbolically.  Hemingway was a proponent of shutting off his creative mind when he was done writing for the day, knowing that the empty space will renew itself for the next morning.

On a related note, another great truth comes from Rick Warren, author of The Purpose Driven Life: What on Earth Am I Here For?"

“Every time you try to block a thought out of your mind, you drive it deeper into your memory. By resisting it, you actually reinforce it.”

Fortunately, our subconscious is equally willing to cooperate with us. When we invite our mind to open up to an idea, it accepts the invitation and starts working on its behalf.  How often have you wracked your brain to remember something, only to let it go, and within a few minutes the answer magically appears? 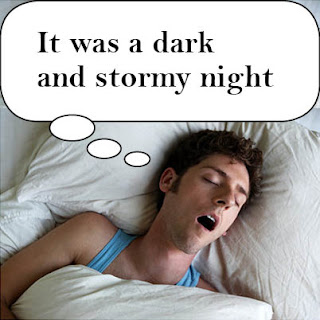 I've lost count of the times a brainstorm has come to me when writing was the last thing on my mind.  An almost hypnotic activity like cutting the grass or drifting off to sleep can trigger a revelation about an existing project or an all-new one. Even when we're dreaming, our brain is literally putting ideas in our head.  We may succumb to slumber, but our synapses never nap.

As a bonus, our conscious mind tends to be a critic, while our subconscious is not.  Letting go and letting the muse take over is where the magic often happens.  I know I do my best thinking when I'm not there.

Like J.D. suggests, we needn't be afraid of the dark. Sometimes that's the best place to detect a glimmer.