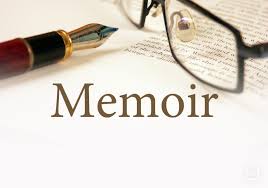 Let me start off by saying this: I never planned to write a memoir. For the past five years, since I published my first novel, I considered myself first and foremost a novelist, a writer of fiction. But I was in need of a break. You see, I had just received a contract from Southeast Missouri State University Press for my third novel, The Gorge, and although I had a new book in mind, I wasn’t ready to start writing it yet. Instead, I worked on some old short stories, wrote a couple of poems, but none of the work was truly satisfying—nothing like the complete immersion of self that is required to make a novel. So I sat down one afternoon with the intent to write a longish essay about my mother who has schizophrenia and what it was like growing up under the shadow of her illness.

The words came easily enough, but I found out rather quickly that I had a lot more to say about my life than what I had originally thought. So I decided to keep going, to see where this thing would take me. Thus my “essay” grew and grew, and I started to recall instances from my life that I had completely forgotten about. Within two weeks, I was staring at a twenty-thousand-word long document—and it wasn’t nearly finished.

From the beginning, I knew that I didn’t want the writing of this book to be a therapeutic exercise. That’s not what good art is. The great short story writer and poet Raymond Carver said that “art is not self-expression, it is communication,” and I’ve always agreed with that statement. In other words, I didn’t want to write this book solely for myself, as a sort of catharsis, but instead I wanted to turn my life story into a piece of art—if I could. I wanted to achieve what Keats called “Negative Capability.”

Then I started reading memoirs. I read Mary Karr’s The Liar’s Club, Tobias Wolff’s This Boy’s Life, Harry Crews’s A Childhood: The Biography of a Place, Larry Brown’s On Fire, and a whole slew of others. I discovered that all of these books had one thing in common: they were all riveting, fascinating, and compelling portraits of these wonderful artists’ lives. They were also beautifully-rendered stories that captured the dream-like quality of good fiction, yet they were all real. I was fascinated by this new genre, this new mode of communication. And so I kept writing. 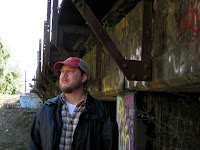 David Armand was born and raised in Louisiana. He has worked as a drywall hanger, a draftsman, and as a press operator in a flag printing factory. He now teaches at Southeastern Louisiana University, where he also serves as associate editor for Louisiana Literature Press. In 2010, he won the George Garrett Fiction Prize for his first novel, The Pugilist's Wife, which was published by Texas Review Press. His second novel, Harlow, is also published by Texas Review Press, released, September 4, 2014. David lives with his wife and two children and is at work on his third novel. His website can be found at www.davidarmandauthor.com