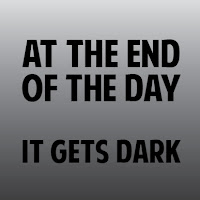 If you're a media junkie like I am, you find the comings and goings of popular phrases entertaining.  You've probably noticed that "At the end of the day" has all but replaced "The bottom line" to preface a conclusion.  I often wonder who was the first person to say whatever is the phrase of the day.

Some years ago, a famous magazine editor tried to make "mouseburger" a catch phrase, to describe a woman who had to work extra hard to get noticed.  From the moment I read it in an interview, "mouseburger" seemed so random and ridiculous that I think I actually prayed for it not to catch on. That prayer, I'm happy to report, was answered.  Ironically, just this past week I came across an interview in which an actress said she was a total "fanburger" when she met her acting idol.  I nearly gaggedburger.

A couple of years ago in a previous post, I ranted about the inappropriate use of "So" at the beginning of an answer, as in:

"How did you get interested in writing?"
"So, I did a book report on Mark Twain and..."

Nothing inherently wrong with "so", other than it's a bit premature.  Being a synonym for "therefore", it is best served up after stating some facts first.  Only then, summarizing things with a "So" would make sense.

On a related note, I sometimes use "so" to introduce a brand new subject in conversation.  ("So I was at the bank today and...")  I'm not even sure why it works as a segue, but I do know it's not authorized as such by Merriam-Webster, so I save it for emergencies.

In any event, today I'd like to focus on another word that, in recent months, has become even more abused: the use of "Look" at the beginning of an answer.  For example:

"Why has milk gotten so expensive?"
"Look, it comes down to a number of factors..."

In the context of beginning an explanation, "look" is at least more fitting than "so".   However, it carries with it a tone of condescension or argumentativeness, along the lines of "Look, if you can't do the job, I'll find someone who can". Instructing the listener to "look" is a directive reminiscent of old gangster movies.  ("You ain't goin' nowhere, see?")

Guests on 24-hour news channels start their answers with "look" constantly.  In interview situations, it does lend an air of authority and confidence more than the traditional "Well".  But in most cases, the implication is that they have the definitive facts of a situation when they are merely stating an opinion,

It's no surprise that this trend began with politicians.  When answering a question off the cuff, "Look" is their go-to pause while forming a response.  It was only a matter of time before business people and journalists adopted it.  On the rare occasion when a politician still starts with "Well", it seems comparatively more genuine and trustworthy, not that language has ever been a true barometer of trustworthiness.

One of the concepts in George Orwell's 1984 (published in 1949) was "Newspeak", the government-regulated vocabulary of Oceania.  We're not quite at the stage where our language is controlled by a higher power, but every communication has an agenda of some kind.  As we hear and read, as we speak and write, it's an interesting and educational challenge to keep our eyes open for the con in lexicon.