How to Write a Believable Southern Character 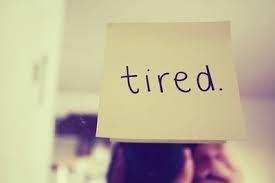 So many times we see Southerners portrayed as backward, drunken, laughable—generally an ignorant, uneducated person with loose morals.

I’m kind of tired of it.

Yes, your character can be Southern (some would argue at least one of them MUST be Southern), but let’s not put any more stereotypes out there for everyone. There’s plenty already. Think I’m exaggerating? It’s not just the “Beverly Hillbillies” or Forrest Gump (yes, I’m showing my age). Think Daryl from “The Walking Dead,” the entire Honey Boo Boo family, and Pennsatucky Doggett from “Orange is the New Black.” I love OITNB, but not how Pennsatucky is drawn.

Even if you haven’t seen any of these shows, you may infer that several typecasts are at play here. Many of the accents that are portrayed are badly done, the characters are meth-heads, and they are a bit slower than the other characters. Years of bad television and Southern characters portrayed by someone who’s never met a Southerner may be to blame. No matter. It’s up to us to fix this.

Here’s some examples of great southern characters penned by Southern authors who actually know what they are doing.

1.      "Scout" Jean Louise Finch from To Kill a Mockingbird. She’s smart, plucky, inquisitive…and she’s not racist.
2.      Sookie Stackhouse from Charlaine Harris’s Sookie Stackhouse series. She does have an accent, but since Charlaine is from Arkansas, it’s authentic. Sookie is also intelligent and brave—plus she can read minds. That would be a handy gift to have.
3.       "M'Lynn" Eatenton from Steel Magnolias. She’s educated (a therapist) and is a solid role model for her entire family. 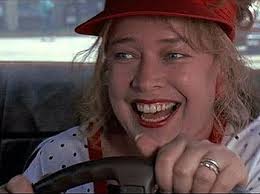 4.      Evelyn Couch from Fried Green Tomatoes. She’s gentle, caring and learns to stick up for herself and get what she wants. You also can’t go wrong with a good friendship story, ever.
5.      Any Southern woman Jessica Lange portrays. Some great examples include Jessica as Blanche in Tennessee Williams’ A Streetcar Named Desire and Meg Magrath in “Crimes of the Heart.” 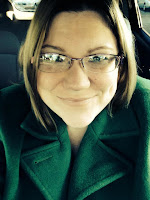 Tina Coleman Bausinger has a Master’s degree in English and is the author of War Eagle Women, a Southern gothic novel. She’s a contributing writer in the Chicken Soup for the Soul series, publishing in two of their books--Chicken Soup for the Soul: Thanks Dad: 101 Stories of Gratitude, Love, and Good Times and Chicken Soup for the Soul: Runners: 101 Inspirational Stories of Energy, Endurance, and Endorphins. She writes features, travel pieces and book reviews for IN Magazine, the Tyler Paper, Freelancewriting.com and enjoys blogging at tinabausinger.com . She teaches English Composition at a local junior college. She lives in Tyler, Texas with her husband, three kids, a bully Chihuahua and a German shepherd with anxiety issues.
Contact Tina on any of her pages.
Facebook: https://www.facebook.com/tina.bausinger, Twitter, Instagram or Pinterest.