“You cannot dream yourself into a character; you must hammer and forge yourself one.”
Henry David Thoreau 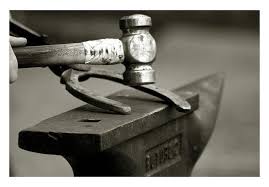 Have you ever thought a character came to you with the greatest of ease?  Initially most of us can or will say yes. I have thought so but found that the initial thought of the character was only the beginning. The easy grasp I had on my character soon became evident I would need to dig further and develop more in order to have him fit the task ahead of him.

Thoreau has left us good advice when it comes to finding our character. Even the character you think you have dreamed up will need to be heated in the forge and taken to the anvil to pound out  the final product. Just as a blacksmith would work with the metal, heating it up, pounding it out cooling it off and repeating all again until the piece is exactly what we are looking for, we do the same with our character.

As we see in Thoreau’s Alex Therein, the woodchopper, a character can be a friend yet have flaws. Taking a character and creating him, forging him into perfection for the story may not always make them likable but they will be more interesting. Let’s admit it, a person without flaws, imperfections or some type of personality disorder will fail to hold our attention. But someone with a peculiarity we are drawn to. We want to see what they do or say next. We must stick around and see the outcome.

The truth is it may be hard for us to add these flaws to our precious character but it is needed. Without them we have less storyline to work with. We have fewer options to take at each turn in the story. The flaws can take the character down a forbidden road, open the wrong door or start a new relationship. 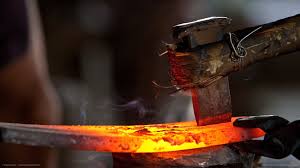 Saying you must hammer and forge yourself into a character can quickly become clear to us as we work on our character. We will soon be moving from the forge to the hammer pounding away at that piece on the anvil then cooling it off in the manner needed.  After inspecting your work you will then decide to go with it as is or reforge. Odds are we will reforge many times until it is right. As Thoreau said hammer and forge is a must.