By B. J. Robinson 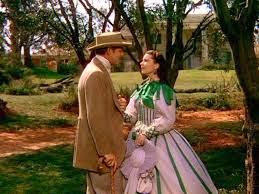 Gone with the Wind by Margaret Mitchell stole my heart years ago.

I've always loved reading Civil War novels and touring antebellum plantations, so I decided to put these two loves to use in my latest novels, River Oaks Plantation and Romance under the Oaks.

My first order of business involved research using the Internet, reading books on the Civil War, reading novels set during the era, attending a Civil-War reenactment, and putting to use the knowledge acquired through touring plantation homes in Louisiana. Items that must be researched not only include details of the war, but also the way the ladies dressed during the antebellum days, usually underneath seven layers of clothing, food during the era, hairstyles, and various other items to add realistic detail. Questions you might want to ask could include the following among others.

What caused the Civil War?
What slave names were used?
How can you describe a plantation so a reader can visualize it without using so many details it becomes boring?
What were some of the outbuildings and their use?
What important battles were fought in the locale of your novel?
When were the major battles fought that apply to the setting of your novel?
What important events took place?
How can I make my Civil War novel stand out as different among so many others?
What were the soldiers' uniforms like on both sides?
What was life like for those at home who were left behind when husbands and sons went to battle?
What was life like for soldiers on both sides?
How did the Civil War affect the state where your novel is set?
What literature was available during the time period and locale?

Don't skimp on small details that will make your novel authentic, but don't overdo them and use them as an information dump. Instead, sprinkle them in when it would make sense and show them in use as you show action within the novel. Use who, what, when, where, and how questions as well as what if when developing your novel. Be sure to use a correct timeline for the events and battles in your area.

A few facts I discovered during research that may be used no matter the locale of the novel include:

Soldiers used hardtack, a hard type of cracker or biscuit made from flour, water, and salt when salt was available. They needed food that would last a long time and would not perish.

Rag dolls or cornhusk dolls were given for Christmas. A little girl who received a rag doll during the Civil War was considered to have received a luxury gift, since not many were given because the rags were needed for the wounded.

Union soldiers carried hub wafers in their haversacks. They are today's Necco Wafers and were also used by soldiers during WWII.

Corn meal with water and a pinch of salt made hoecakes for the South.

Sandalwood fans were used by the ladies who wore seven layers of clothing. They had dresses called day dresses or work dresses for use around the house and saved their elegant ball gowns for socials.

Beans were available, and if you lived in the New Orleans area, Mondays were red beans and rice day because women did the washing on Monday and a pot of beans could simmer on low for hours.

These are the type of small details that can make your novel realistic, so sprinkle them throughout your novel. You can make use of the Internet to discover others as I discovered these. Also Civil War reenactments show the type of clothing worn, soldiers' uniforms, and food used during the Civil War era. 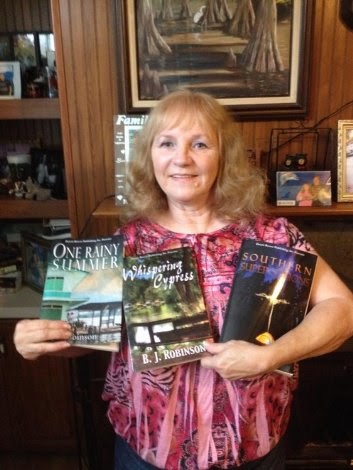 B. J. Robinson is a multi-published, award-winning author who writes inspirational romantic suspense and historical fiction from Florida, where she lives with her husband and pets. River Oaks Plantation, her first full-length indie, won an Indie Award and was a top three finalist in the Grace Awards for 2013 in the historical romance category. She won an award through the Florida Writers Association, first prize in fiction-writing competition at Southeastern Louisiana University for a short story that was published in their literary magazine, Gambit. Her short story ran on the front page of a local newspaper three weeks as a serial. Magnolia: A Wilting Flower is an autobiographical novel which won first-runner up in Florida Writers Association (FWA) 2002 Royal Palm Award and took home a trophy. Southern Superstitions was developed from her first-prize-winning short story published in Southeastern Louisiana University's literary magazine, Gambit. She later developed it into a full-length romantic suspense novel set in Louisiana, Southern Superstitions. Calm Before the Storm was her first indie book published on the Amazon Kindle, and it won an indie award. She is an avid reader and passionate writer of women's fiction, romantic suspense, or historical fiction set in the Civil War and antebellum period. She has recently published her second Civil War novel set in Louisiana, Romance under the Oaks. Visit with the author at her Facebook Author Page and follow for updates. https://www.facebook.com/AuthorBJRobinson

Email ThisBlogThis!Share to TwitterShare to FacebookShare to Pinterest
Labels: B. J. Robinson, Calm Before the Storm, Gone with the Wind, Magnolia: A Wilting Flower, Margaret Mitchell, River Oaks Plantation, Romance under the Oaks, Southern Superstitions, Writing a Civil War Novel?