How I Write My Books from a Thriller Writer Perspective 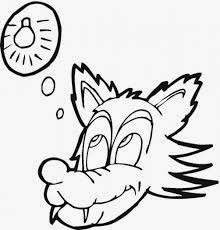 I come up with an idea, and then see if I have a character that fits that idea. It could be a big theme, or a relatively small one—and I can get the idea from anywhere. A Dear Abby column on pathological liars inspired CRY WOLF.

Then I plunge in and start writing. I know my character so I put him/her in a situation that has a problem that will get worse, and I see how the character reacts, and where that leads him. I always go through several journals, written in longhand, to go along with the book I’m writing in Word. In those journals, I talk to myself and try to figure stuff out.

Usually I wake up very early – five AM early – and often this is when I come up with the greatest ideas for my story. Some of these ideas pan out and some don’t, but the story grows because of them, and each scene leads to the next scene. The story grows organically. There’s always crime, always intrigue, and I usually know what’s going to happen two or three or four jumps ahead.

I believe this: the Arabic word, Maktub. “It is written.” It is already written, and I just have to find the path.

I do not outline books anymore. I don’t write down character traits, either. By now, I know how I write (16 books later) and I know that if I have the premise and a few things to get me and my character started, the rest will come. I am open to ideas that come in, and either keep or discard them. I just write my way through the story. 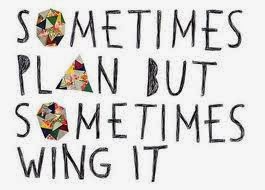 Sometimes I have to stop, take out something that doesn’t work, and rewrite from that point. But that goes pretty fast. Once you’ve forged one path, it’s easier to forge another. Usually the first half to two-thirds of the book is opening out, and then the story closes back in until it reaches the end.

The second draft is for shaping and fixing, but my first draft is actually pretty clean, because I take my time and edit as I go.

J. Carson Black has written fifteen novels. Her thriller, The Shop, reached #1 on the Kindle Bestseller list, and her crime thriller series featuring homicide detective Laura Cardinal became a New York Times and USA Today bestseller. Although Black earned a master’s degree in operatic voice, she was inspired to write a horror novel after reading The Shining. Her latest thriller, THE SURVIVORS CLUB is available, now. J. Carson Black can be found at http://jcarsonblack.com   http://www.facebook.com/JCarsonBlack.authorpage
Her next thriller, HARD RETURN, will be released by Thomas & Mercer in September, 2014.

Email ThisBlogThis!Share to TwitterShare to FacebookShare to Pinterest
Labels: CRY WOLF, HARD RETURN, How I Write My Books from a Thriller Writer Perspective, I know how I write, J Carson Black, know exactly where the story is going, The Shining, The Shop, THE SURVIVORS CLUB