Genre Jumping: To Switch or Not to Switch 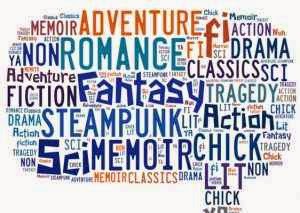 Ignoring conventional wisdom, I do not stick to one genre when I write. I’ve written historical fiction, romantic thrillers/suspense, paranormal and women’s fiction of all lengths and formats, both traditionally published and self-published. I’ve even written a musical. With the advent of self-publishing, writers are taking control of their careers and now have more choices. Although I write in a variety of genres, I still have a brand. All of my books and short stories have the elements of romance and humor and often, mystery and suspense. Some writers experiment with a variety of genres until they find their voice. Mine is probably humorous women’s fiction.

I’ve even started a series. Book Two of the Psychic Crystal Mystery series, Homecoming Homicides, was released exclusively on Amazon, January 27 and the worldwide release is scheduled for May 9.

Agents traditionally advise their clients to stick a single genre to build a reader base and strengthen their reader brand. When writers want to deviate from their established category, they are either discouraged or told to write under a pseudonym if they want to tackle a different genre. That advice has worked for many successful authors. Some of my favorites are Nora Roberts, who also writes as J.D. Robb for her “In Death” series and Jayne Ann Krentz, who also writes as Amanda Quick and Jayne Castle.  Janet Evanovich’s Stephanie Plum series is wildly popular but she also collaborates with another author writing in a different genre. It could be that these authors are the exception because they are so well-known they can afford to break the rules.

I heard about one author who had a highly acclaimed first novel and wanted to experiment and publish a non-fiction book he’d written. He was discouraged by his agent and encouraged to continue writing in the same vein as the first book, following the adage, “If it ain’t broke; don’t fix it.” That advice in guiding an author’s career may not be wrong. That’s just the thing. Today, there is no right and wrong. So take a chance, don’t limit yourself, branch out to other genres if you’re so inclined.

Marilyn is a public relations consultant in Atlanta. She’s a member of Romance Writers of America and Georgia Romance Writers (GRW) and the recipient of the GRW 2009 Chapter Service Award. She writes humorous women’s fiction, romantic thrillers/suspense, historicals and paranormal. She has won writing awards in Single Title, Suspense Romance and Paranormal/Fantasy Romance. Marilyn blogs with the Petit Fours and Hot Tamales at http://www.petitfoursandhottamales.com/. You can find out more about Marilyn’s books and short stories on her Web site at www.marilynbaron.com Twitter https://twitter.com/MarilynBaron Facebook https://www.facebook.com/pages/Marilyn-Baron/286807714666748?fref=ts   Linked-In http://www.linkedin.com/home?trk=nav_responsive_tab_home