10 Things Writers Can Learn from Frankenstein 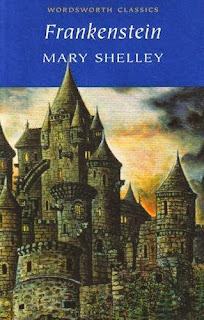 Mary Wollstonecraft Shelley was only 19 years old when she wrote Frankenstein: or, The Modern Prometheus. While she wrote an impressive number of later works including poetry, travelogues, biographies and children's stories, nothing solidified her stance in literature like the story of a boy and his monster.

If you've ever poured your heart and soul into a writing project, you know it can feel like a matter of life and death to make the right words come alive. With props to Mary Shelley, here are tips from the crypt to give your creature life.

1. FIND THE RIGHT BITS AND PIECES
For all his faults, Victor Frankenstein was a discriminating monster maker, selecting only choice cuts that made the grade. Like a postmortem Paula Deen, he'd be quick to reject, say, a lopsided brain. We must be equally willing to discard a weak plot point or a character who drags our story down.

By the same token, we can bravely borrow tidbits of ideas from the vast laboratory of literature that already exists. Be a grave robber if the spirit strikes, and dig up elements of Treasure Island or The Shining to reanimate.

2. DREAM A LITTLE DREAM
Mary Shelley is said to have concocted her outrageous tale in a "waking dream".  Today we call that a daydream, and some authors do their best work when they are indeed away from the keyboard. Mulling over ideas while driving, walking, or lying awake at night takes away a surprising amount of pressure.

3. DRAW FROM LIFE
Shelley's original classic contains enough death to fill a mausoleum, but so did her personal life. Her mother, her sisters, even her own daughter, had all met with untimely ends, and the women in her book were no more fortunate. Mary's familiarity with the unfairness of death permeates her pages.

4. KNOW WHAT SIZE YOUR IDEA IS
Frankenstein was originally going to be a short story, but Shelley soon recognized it had too much potential to be caged in, and needed to be fleshed out.

5. INCLUDE A LITTLE ROMANCE
It'll never be confused with Casablanca, but like most popular stories, Frankenstein contains a hint of amor to keep the ladies interested.  Even the monster communicates his need to be loved, and asks the good doctor to sew up a spouse for him.

6. SET A TREND
Dracula may claim he's hundreds of years old, but Frankenstein beat him to the marketplace by a good eight decades. Frankenstein was the frontrunner of fear, the gruesome grandfather of all monsters to follow. Would that we all could craft a story so ahead of its time that future generations of writers will be forced to follow in our footsteps. If a newcomer of 19 pulled it off, why can't we?

7. MAKE THE FANTASTIC BELIEVABLE
This tale of messing with the laws of nature is no less science fiction than The Matrix. But what makes Frankenstein the chiller that it is, is the believability factor. We're not asked to accept alien life forms or devote mental energy to learning the workings of a fictitious subculture. Instead, we're fed possibilities with some basis in truth. In 1818 scientists had already proven that lifeless human tissue could be reactivated using electricity. It was just a hop, skip and a jump away to accept that a brain could start thinking again, and what might happen if it did.

If we're going to take readers on a fantastic journey, it helps to make sure it's not so fantastic that they can no longer relate to it.

8. ENGAGE IN FRIENDLY COMPETITION
Frankenstein wouldn't have been written had Shelley and three of her writing friends not decided to compete to see who could write the best horror story.  A little motivation, obviously, can create a monster.  Today, writers who participate in National Novel Writing Month (just around the corner) or one of the other organized events for writers have found it a fun and communal way to breathe life into a manuscript. 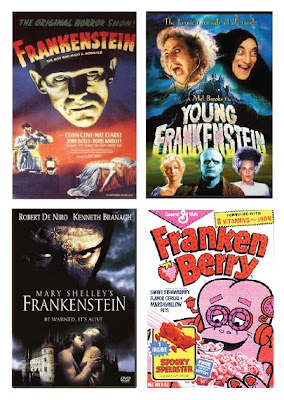 Mary Shelley's tale of terror was soundly rejected by the first publishing company that read it. And after it was published, critics dismissed it, condemning it just as much for the fact that it was written by a young woman as for its horrific subject matter. You'll do yourself a favor if you accept up front that your creation will be hideous to certain hapless townsfolk, who may seek to torch it. But in a very short time, Frankenstein found its audience, and so will you.

Writing isn't brain surgery, but we can take a few of these cues from Dr. Frankenstein.  If we do, we stand a better chance of being able to step back from our creation and maniacally declaring, "It's alive!"