It Must Be Included 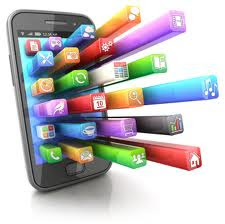 Social mores are changing. Whether it is due to our tolerance or intolerance it is hard to say. The truth is we are accepting social behavior now that we would not have some years ago. The most obvious is our digital dependence.  It has expanded our acceptability of the norm.

Each of us has our particular irritating intrusion. Mine is the cell phone. Texting or talking in inappropriate places at the expense of others is a common occurrence. I once had a gentleman get a call in a restaurant. He left his table to take the call and walked over to our table to carry on his conversation. It is amazing how people are so clueless. The same disregard for others occurs in checkout lines and even drives thru lines at banks. We have all been held at hostage while someone finishes their conversation.

The most appalling intrusion I have experienced was at a Christmas Cantata at a local church. A lady sitting on the back row continued with her phone conversation during the cantata without regard to anyone attending or preforming. I couldn’t help but wonder how someone could come to the point where they would think that carrying on a conversation during a church service was acceptable.

No matter the irritant we must begin using these annoyances in our writing. I am not saying they should be the central part of the story but I believe they should be a part of the character development. This kind of behavior has become an everyday occurrence so it must be used in our writing. It definitely has a connection with our readers and usually brings up strong feelings good or bad.

In your next story give some thought to adding this horrible habit to one of your characters and see where it goes. I would love to read it.