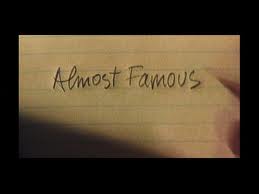 As writers we meet people who want to know where we get inspiration, why we write, and how we get published. Often they seek advice. Sometimes they seem interested in our motivations. There are a few who look as though the wheels are turning in their heads and they’re thinking, “Well if you wrote a book, why aren’t you famous?”

No matter why they ask, I’m thankful for their interest. Maybe they’ll try one of my books or stories and become fans.

The first time someone asked me why I wrote a Christian book, I was stunned. I hadn’t thought of writing any other kind of book. I thought, maybe I have a Christian muse. Since then I’ve been asked a lot.

Sometimes I wonder if the person asking believes I think of myself as a preacher or evangelist, which I don’t. There are lots of reasons I want to write inspirational stories and books. I’m not always sure which one to give because some of my replies require an explanation.

On the other hand, I’ve read and heard enough to realize some people ask because they believe people writing faith-based work lack the credentials of those putting out mainstream stories and books. A week ago I mentioned to an acquaintance that I have out a new teen novel.

“Is it Christian?” she asked.

“Why do you write that Christian stuff?” Condescension rang in her voice.

“When I interviewed individuals for articles years ago, I always asked them, ‘Does your faith have anything to do with your success?’” Most of the time when the articles came out that question and answer had been omitted.”

Simple explanation. I got tired of seeing Christianity left out.

Another short answer I’ve given is hope. I can’t think of a religion that brings hope to the world as much as Christianity. I once read a best-selling novel that had no hope in it. It’s the only book I’ve ever read I didn’t like. 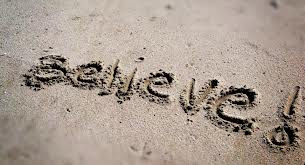 From a writing standpoint, characters are motivated by what they believe. I can put myself in the place of Christians in most situations and empathize with them, because I know what’s at their core. Of course, I have to give my characters flaws, but that’s not so difficult, since all of us are sinners. Some of my characters aren’t Christians and some are lukewarm Christians, but my faith drives the story because that’s who I am and what I know.

I’ve enjoyed plenty of great reads by Christian people who don’t write Christian books, but when I sit down at the computer and start to write, my faith always slips into the story. For me, leaving it out would be like writing a romance in which the hero and heroine don’t kiss. An integral part of life would be missing. I must have a spiritual muse.

Gail Pallotta is an award-winning author, a wife, Mom, swimmer and bargain shopper who loves God, beach sunsets and getting together with friends and family. She’s been a Sunday school teacher, a swim-team coordinator and an after-school literary instructor. A former regional writer of the year for American Christian Writers Association, she won Clash of the Titles in 2010. Some of her published articles appear in anthologies while two are in museums. Readers can find her on the internet on the staff of Clash of the Titles, http://www.clashofthetitles.blogspot.com and at her blog, http://www.gailpallotta.blogspot.com
Author, Stopped Cold, Authors and More: https://www.facebook.com/AuthorsandMore