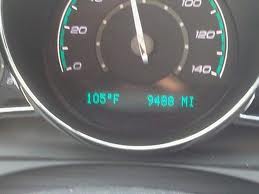 The temps were pushing triple digits when I met a friend who just returned from two weeks in Louisiana (yes, we Northerners actually say “Loo-wheezy-anna”).

She fanned her red face while she declared, “It was so hot down there! Here we bake, but down there they fry!”

Now, whether you say “Loo-wheezy-anna” or “Looz-ee-ana,” “all y’all” or “everybody,” we’re all the same deep down, aren’t we? Times and cultures and locations may differ, but human nature? Not so much.

I keep that in mind when developing characters for my novels, whether a third-century princess, an imprisoned Chinese Christian, a seven-year-old girl sold into slavery, an ANC rebel leader in 1989 South Africa with murder on his mind—or even a nice little mother-daughter team who return to the mother’s hometown of Bloomfield.

Did I have to make adjustments with each character? Absolutely. But my starting place was the same: the seven motivational gifts listed in Romans 12:6-8. This list summarizes the gifts God weaves into us as we are formed in our mother’s womb. They are called motivational gifts because they “motivate” us to behave/respond in certain ways. (See Discover Your God-Given Gifts by Don Fortune.) I originally used this knowledge in my job as a biblical counselor on a large church staff, but soon realized I could apply that same knowledge in my writing to help me develop believable, three-dimensional characters.

But that was just the starting place. Then it was time to get specific.

What type of book am I writing? Contemporary? Historical? Serious? Lighthearted? Mysterious? All these questions enter into my decision on how to individualize my characters. A character that has spent her life in San Francisco may have the same basic God-given motivational gift as her counterpart who is steeped in Southern gentility, but they are not going to think or speak the same way. However, when culture and geography are stripped away, they are going to be motivated to respond in similar manners. 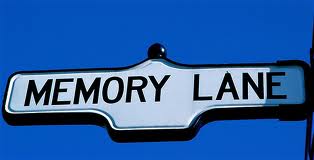 When it came to developing my characters for Last Chance for Justice (a small-town Americana novel), I simply took a trip down memory lane to the little community where I grew up. But my newest release, The Doctor’sChristmas Quilt, was trickier. The Quilt Series consists of contemporary stories told against the backdrop of historical American women whose faith and courage made a difference—and still does today. The heroine in TheDoctor’s Christmas Quilt is Elizabeth Blackwell, the first woman physician in America. The contemporary story deals with a female doctor who is strongly pro-life—until the situation becomes personal. In this case I had to keep in mind not only the characters’ basic motivational gifts but also how the time and culture differences might affect their responses to similar circumstances—all within the same book.

Kathi Macias (www.kathimacias.com) is a wife, mother, grandmother, and great-grandmother, as well as an award-winning author and speaker. The Doctor’sChristmas Quilt is her latest book. A popular speaker at writers’ conferences and women’s events, she lives in Southern California with her husband, Al, who recently retired—making her a W.O.R.M.—Wife Of a Retired Man. Prayers appreciated!