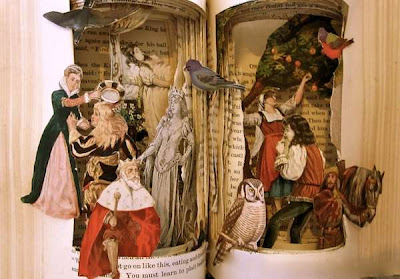 "No one ever gets your characters confused," a writer of some note told me. Besides being a thrill, the compliment caused me to make a list of how I do this. (You DO make lists, don't you? How else can you keep things organized?)

If you want your characters to stand out, try my Character Builder List. Define the people in your work using four points: speech, action, name, and looks.

Speech: If all your characters talk the same, then your readers must jump a hurdle when, for example, you have rapid-fire dialogue in the story. One trick is to give your characters a catch phrase. If Winebibber (how's that for a name?) says, "Freaking frost!" when he gets excited or surprised, the reader will know who it is, as long as no other character says that. Thus, you won't need a tag like this "'Freaking frost!' Winebibber said." Needless to say, don't overdo the catch phrases. They wear on the reader quickly.

Action: A character should have an action that he, she, or it does that no other character does. "Winebibber rubbed the mole on his left thumb." If Winebibber does that a couple of times, you've not only given him an action that no one else can do, but you've also described one of his physical characteristics.

Name: Winebibber is a name you won't forget. But if your character is named John or Jane, you're begging the reader to forget a forgettable character. If you must use John as a name, give him two names. Who can forget John Boy of the Waltons? And don't use similar names. If one of your characters is named Max, avoid Mary, Maggie, Marty, etc. In fact, don't use a second name beginning with a letter you've already used.

Looks: Give your characters distinctive appearances. Maybe the character has one eyebrow. Or an odd tattoo. Maybe one green eye and one blue eye. Here again, I advise spare use of the oddity. Mention it once early in the story and perhaps a second or third time if you're writing a novel. 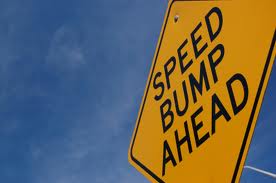 Here's a final caveat: Don't name or describe a character if that person plays a mere walk-on part. Irritating is the word for it when you're reading along and a named character pops up accompanied by a detailed description. Then the character disappears. I've seen this done in many novels, some by REALLY BIG NAMES. It's like putting a speed bump in the middle of the Interstate at rush hour. You're jolted out of the story and lose your concentration. And your reader may mutter imprecations. 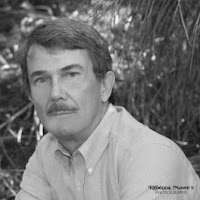 Bill Hopkins is retired after beginning his legal career in 1971 and serving as a private attorney, prosecuting attorney, an administrative law judge, and a trial court judge, all in . His poems, short stories, and non-fiction have appeared in many different publications. He's had several short plays produced. A book of collected poetry, Moving Into Forever, is available on Amazon. Bill is a member of Mystery Writers of America, Dramatists Guild, Horror Writers Association, Missouri Writers Guild, and Sisters In Crime. Bill is also a photographer who has sold work in the , , and . He and his wife, Sharon (a mortgage banker who is also a published writer), live in , with their dogs and cat. Besides writing, Bill and Sharon are involved in collecting and restoring Camaros. CourtingMurder is his first mystery novel. Website: www.judgebillhopkins.com  LinkedIn: Bill Hopkins   Twitter:@JudgeHopkins
FaceBook  https://www.facebook.com/judgehopkins