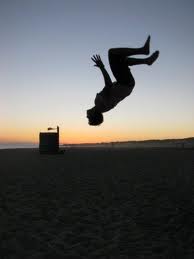 Life has a way of flipping reality on its head forcing us to look at things from alternate perspectives. If we are open to understanding these perspectives we may, in fact, attempt or achieve specific goals that were formerly beyond reach. For me, there were three turning points that altered my reality and forced a change in my approach and perspective.

The first event was 9/11. There is no doubt that this event affected many people in different ways. I came to realize very quickly that although I was successful in my chosen career path my goal had always been to focus on a career in writing. Up to that point, I had written many pieces, but never a novel. My creativity had lacked that self-imposed defining point.

I sat down and began writing that very afternoon. At first, I wrote out of some sort of need that beckoned, but that I was not really aware of. I continued writing everyday for three months as a story began to form about the rich history of and the South Carolina Lowcountry. It spilled out across a handful of notebooks and my computer screen…and it was getting good.

The second event that changed my perspective was the day I met my wife. She not only inspired me to continue my writing, but felt so strongly about it that she insisted I share it with other people and open myself up to critique. At first, I was not very open to this idea, but you can not improve your craft without feedback. She entered my first novel in The William Faulkner – William Wisdom Writing Competition and to my surprise (and pleasure) it became a semi-finalist!

The third event that altered all sense of reality was the day we went to court to finalize the adoption of our son. This little guy changed our (and my) approach to everything. We were now responsible for teaching him how to approach life and follow his heart while using his head. Soon I was coming up with lines that made no sense, such as “Do what you do and know what you do”. It makes no sense to anyone else, but my son got the message and so did I. 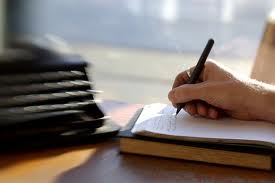 If you want to write, write about what you know first. I was surrounded by the history and mystery of the Lowcountry. Every building and graveyard, every old fort and historical marker along the side of the road had a story to tell. I had taken the time over the years to follow the signs and investigate the buildings; now all I had to do was put my pen on the paper and let the story roll.

It may never be too late to be a writer, but why wait in the first place? If you have the desire, you may just have a story to tell as well. You will never know if you don’t try. 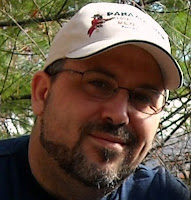 RC Shivers is a medical professional and freelance writer who has contributed articles to regional magazines and numerous websites including Coach Joe Gibbs' Gameplanforlife.com. His upcoming novel "Peninsula - A Gullah Haunting in " was a novel category semifinalist in The William Faulkner - William Wisdom Novel Competition. He is a NASCAR loving, transplant who is addicted to the
beaches of the Lowcountry, the crooning of Tony Bennett, the sound of a tricked out Harley, his son Alex and little dog Mook, the tiny of Jost Van Dyke, Scooby Doo Cartoons and the rebel attitude of Lynyrd Skynyrd. RC Shivers currently makes a home in the coastal Lowcountry of South Carolina with his wife Vicki, their son Alex and little pound puppy Mook. Website - http://peninsula.rcshivers.com
Blog  http://peninsula.rcshivers.com/soggy.html
Facebook - http://www.facebook.com/peninsulathenovel
Facebook - http://www.facebook.com/RCShiversWriter
Twitter Http://www.twitter.com/rc_shivers