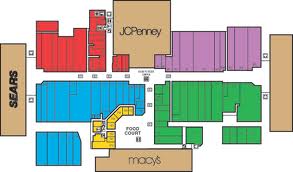 If you’ve ever gone into an unfamiliar shopping mall trying to find a particular store, you know the feeling.  An endless maze of shops and kiosks clamor for your attention and you hardly know where to begin.  But before you can say “Where am I?” you spot the friendly sight of the mall directory and search for the reassuring red arrow that tells you “You are here.”


It’s only common sense that the directory is always parked near the entrance door, so shoppers have an opportunity to get their bearing right away.


By the same token, consider the opening shot in any film you’ve seen.  From the very beginning, the first thing you see tells you where you are.  It can be as obvious as an airport terminal or as subtle as a closeup on a bathroom faucet.  Before you learn anything about “who,” “what,” or “when”, the first thing your mind goes searching for is “where”.  Once we know where we are, we’re no longer geographically disoriented.


Reading a book, we have no such visual cue to establish our whereabouts.  Thoughtfully, the classics of literature provide readers with that information very early on.  Consider these opening lines from famous novels:


“At the beginning of July, during a spell of exceptionally hot weather, towards evening, a certain young man came down on the street from the little room he rented…”


—Ernest Hemingway, The Old Man and the Sea


“Mr. and Mrs. Dursley, of number four, , were proud to say they were perfectly normal…”


“Mr. Sherlock Holmes, who was usually very late in the mornings, save upon those not infrequent occasions when he stayed up all night, was seated at the breakfast table.”


—Sir Arthur Conan Doyle, The Hound of the Baskervilles


(Sir Arthur liked getting who, what, when and where out of the way very quickly.)


This is not to suggest that the first sentence always has to declare “where”.  “Call me Ishmael” (Moby Dick) and “It was the best of times, it was the worst of times” (A Tale of Two Cities) had other business to get out of the way. But within moments you do discover your whereabouts. 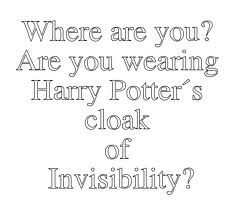 When we’re coming up with our own scenarios, we are intimately attuned to our characters, their actions and their dialogue. We have vivid images of all that. The location, however, can often seem merely incidental to us; almost a nuisance to have to include. But the reader needs that comforting sense of place very early on, and of course anytime the scene changes. All those establishing shots in movies answer what would otherwise be a continually nagging question. We never have to even think about where we are. But we sure would if we hadn’t been shown already.


Admittedly, coming up with something interesting to write acknowledging each changing scene isn’t nearly as fun as describing the characters’ personalities or penning their clever patter. But your readers will appreciate that nod of consideration. They will be right there in the scene with you if you give them the mile markers that say “You are here”.