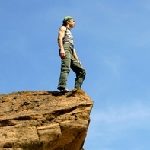 You are headed toward your goal. You are following your plan. Things are looking up but your progress is slower than expected. You need something to happen to speed you along. You need a QUANTUM LEAP!


Not sure what I mean? We can sell one book at a time or approach one person at a time. But what if we could approach many people and sell many books at once? That should give us a quantum leap toward our goal. Let me give you a couple of examples.
Andy Andrews was promoting his book The Traveler’s Gift by giving it to friends, acquaintances, radio shows, television shows, etc. It found its way into the hands of Robin Roberts of Good Morning America. Robin loved it and picked it as the Book of the Month. From there is became a bestseller.
Jack Canfield, in his book The Success Principles, tells how writing a best-selling book Chicken Soup for the Soul was his quantum leap in his career. It opened the doors for more opportunities for audio programs, speeches, and seminars. Canfield said, “It took me from being known in a few narrow fields to being known internationally.” But what got him to a bestseller may have been another quantum leap.
Jack and his co-creator Mark Victor Hansen were giving their book Chicken Soup for the Soul to anyone interested. They got the idea to give it to a sequestered jury. The jury was unable to read the newspapers or watch television so it would be something they could do without violating their instructions from the judge.
This particular jury was seen by millions each day being delivered from their hotel and stepping off the bus at the courthouse. Tucked under their arm was a copy of Chicken Soup for the Soul.  The jurors were deciding the O. J. Simpson trial.
The press made inquiries about the book. How many books did it sell? We may never know but we do know it played an integral part of getting the book out. 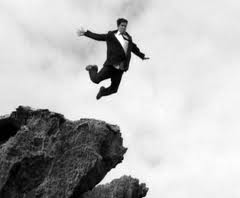 When Andy Andrews got his book into the hands of the host of Good Morning America, he had no idea it would be read much less loved and brought to the viewers as the Book of the Month. Nor did Jack Canfield know that giving his book to the jury would get the attention it did. Both knew what was needed and continued to move forward by promoting their book. The opportunity grew beyond their expectation. Demosthenes said, “Small opportunities are often the beginning of great enterprises.” Take the leap; and may your next leap be a quantum leap!