Can We Rewrite Our Own History? 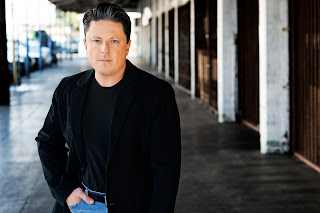 Rudy Ruiz, the son and grandson
of Mexican immigrants, was raised around ranches and horses, reared on tales of the Old West and the Mexican Revolution, but then he moved on to Harvard and success as an award-winning author of literary fiction.
Now he brings his brand of polished storytelling, cultural immersion and magical realism to a visionary novel that explores and upends classic American genres: Western, Southern Gothic and Horror. 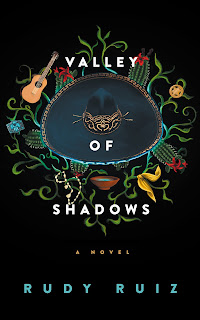 The results are pioneering, poignant and powerful. The novel, “Valley of Shadows,” will be released by Blackstone Publishing on Sept. 20, 2022, just in time for Hispanic Heritage Month.


Steeped in heritage, “Valley of Shadows” shifts back and forth through time, kicking off in West Texas in 1883, but slowly revealing its protagonist’s past in sections dating back to the mid-1800’s, when the Rio Grande became the new border between the U.S. and Mexico, and the 1860’s, when Mexico battled the French Imperial invasion. The hero of the story is Solitario Cisneros, a former Mexican lawman who lives up to his solitary name. He lost his wife, his family, even his country when the river shifted course. He has resigned himself to a life of solitary regret, communing with spirits and whispering to horses. But a gruesome series of macabre murders and abductions, along with the friendship of an unlikely ally, present him with an unexpected second chance at life, or death.


Through its intimate story, and the perspectives of its lead characters, which include newly minted Mexican-Americans, Anglo settlers, and Mescalero Apaches who had long before called West Texas home, “Valley of Shadows” sheds light on the dark past of injustice, isolation, and suffering along the U.S.-Mexico border. Through luminous prose and soul-searching reflections, Rudy Ruiz transports readers to a distant time and a remote place where the immortal forces of good and evil dance amidst the shadows of magic and mountains.


As readers follow Solitario and his Mexican-Apache friend Onawa into the desert, they join them in facing haunting questions about the human condition that are as relevant today as they were back then: Can we rewrite our own history and shape our own future? What does it mean to belong to a place, or for a place to belong to a people? And, as lonely and defeated as we might feel, are we ever truly alone?

Email ThisBlogThis!Share to TwitterShare to FacebookShare to Pinterest
Labels: Can We Rewrite Our Own History? Valley of Shadows, Randy Ruiz, Suite T