Coming By A Back Door 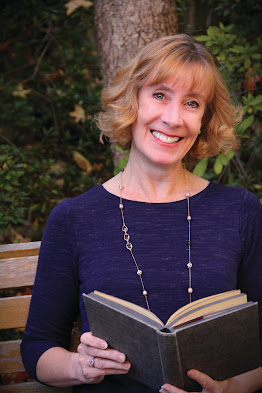 Did you ever take an unexpected detour in life and find yourself unprepared for your new road? That’s how I felt about writing. Unlike most authors, I hadn’t planned to become a writer since childhood. Although I’d been a lifelong reader and storyteller, I majored in chemistry and earned a doctorate in pharmacy. I loved my career as a pharmacist, which was flexible enough to allow me to work only one day a week when my children were little.

Then one day I had a story idea that would not leave me alone. I had to write it. This was a new and rather unsettling experience for me, and it took a while before I could even tell my husband, family, and friends. But my love—obsession?—for that story drove me. And then another story idea came. And another. Over time, I became involved in a writers’ group and began attending writers’ conferences. I learned the craft, and I learned about the industry. I wrote and received rejection letters and finally, in 2010, my first novel was published.

In many ways, I feel as if I came to a writing career by a back door, even after fourteen published novels. I challenge myself to keep learning, and I attend conferences as much to learn as to network and meet with friends. As an extreme outliner-planner sort of writer, I’ve learned a lot of analytical, organizational ways of writing that make my science nerd brain happy. But more and more, I make myself set my spreadsheets aside, trust my creative brain, and let it fly! 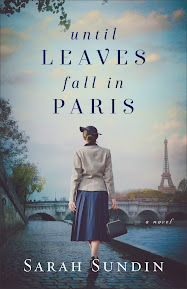 In my latest novel, Until Leaves Fall in Paris, Americans Paul Aubrey and Lucie Girard remain in Paris under the Nazi occupation for differing reasons. An engineer by training, Paul keeps his automobile factory running so he can send information from his German customers home to the US military. Meanwhile, ballerina Lucie purchases her favorite English-language bookstore to allow the Jewish owners to escape—and uses the store to aid the Resistance.

Lucie is a creative sort who disdains routines and money. Paul is an analytical sort who thinks art isn’t practical. In order to keep her bookstore afloat, Lucie must learn to follow routines and keep track of money. And widowed Paul, who has a storytelling four-year-old daughter, must learn to appreciate creativity before he tramples little Josie’s tender spirit. Through their friendship—their growing romance—Paul and Lucie challenge each other.

At one point in the story while strolling along the Seine, they both state that green is their favorite color. Yet they still disagree. Lucie loves the light green of a new spring leaf in the sunshine, while Paul prefers the weight and heft of forest green. Lucie is appalled at the dull choice and says, “That weight—it’s why the color can’t dance.”

Then Paul pulls down a tree branch and shows how the colors play on the leaves—light on one side, dark on the other. Lucie lets that sink in, studies the dark underside, and states, “It’s as if the weight of this color allows the color on the other side to dance.” And Paul responds, “The top side—that’s where photosynthesis takes place. Your dancing side nourishes the whole tree.”

The leaves, the shades of green, become symbolic of their relationship and how they each change. Although Lucie will never be analytical by nature, she grows in her understanding of the necessity of math and science and business, and she adopts structured habits contrary to her nature for the sake of art. And although Paul will never become an artist, he comes to appreciate the worth and purpose of creativity and beauty in the world, and he nourishes it in his little girl.

The balance between creativity and practicality, between art and analysis, is one each of us must grapple with as writers. Most writers, by nature, are more like Lucie, disdaining structure and routines—and deadlines. To survive in this industry, we must adopt professional skills and habits, or our careers will be short-lived. We also must have a deep empathy for analytical personalities to write such characters with honesty. And please, my seat-of-the-pants writing friends, don’t disparage outliners for not being “organic and intuitive.” They are real writers too.

Likewise, for those of us writers who have an analytical bent—I’m not alone! —we must learn to trust the musing parts of our brains. We must surrender ourselves to the story and allow our characters to say and do things that do not follow our pretty charts and outlines. Because the characters always know best. We must give ourselves permission to write lines that don’t even make sense and tell ourselves we’ll edit them later, so we won’t get stuck in a perfectionistic loop. We must have deep understanding of creative personalities to write those characters with compassion. And please, fellow outliners, don’t disparage pantsers for being “disorganized and unprofessional.” They are real writers too.

Like Paul and Lucie, we can learn from each other. When I describe my outlining techniques, my pantsing friends look stunned—but they invariably pick up a tip or two to apply to their own writing. Likewise, some of my pantser friends swear by brainstorming with mind maps. When writing my last proposal, when I had no ideas to start with, I pulled out white boards, colored markers, and drew circles and arrows. It unleashed a part of my brain that had lain dormant, and the ideas flowed!

Learning to appreciate those who are different from you is a major theme in Until Leaves Fall in Paris. A theme that is so relevant in today’s divisive world. 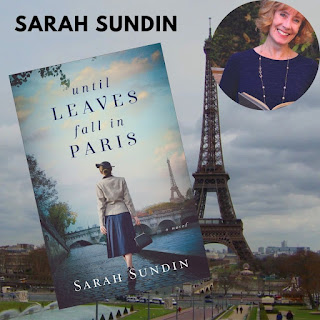 Sarah Sundin is an ECPA-bestselling author of World War II novels, including Until Leaves Fall in Paris. Her novels When Twilight Breaks and The Land Beneath Us were Christy Award finalists, and The Sky Above Us received the 2020 Carol Award. A mother of three adult children, Sarah lives in California and teaches Sunday school and Bible studies. She serves as co-director of the West Coast Christian Writers Conference and enjoys speaking for church, community, and writers’ groups. www.sarahsundin.com.

Email ThisBlogThis!Share to TwitterShare to FacebookShare to Pinterest
Labels: Coming By A Back Door, Sarah Sundin, Suite T, Until Leaves Fall in Paris