Bringing Relatives to Life in a Book 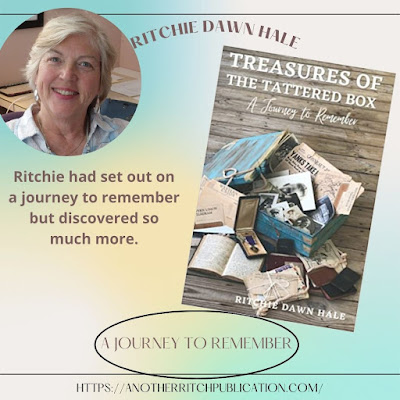 When my great aunt moved into the home of my parents, I became intimately involved with her daily care up until her death. I watched her exhibit unshakable confidence in God and simple faith that all things were in His hands. She had a winsome smile and an attitude of great compassion and kindness - even when circumstances placed her in embarrassing, and uncomfortable situations. I always wondered where such faith and kindness came from and had to study my own life with a question about my ability to face end-of-life frailties with such acceptance that this too was in God's hands. Years after her death I inherited a tattered treasure keepsake box with many of her most personal possessions - diaries, art, trinkets, photographs, letters, and a multitude of things that had been special to her throughout her ninety-four years. As I dug through these items, I began to see patterns of faith and compassion that had begun in her life from her early childhood. I simply wanted to know more. Hence, the idea to write this book, Treasures of the Tattered Box, was born.

I knew my great aunt Hallie, and her husband, Uncle Warren. When I say I knew them, I mean I'd been around Warren a few times, heard stories about him, and seen many photographs of his fishing and jewelry business. Aunt Hallie - I knew her the same way until I became part of the caregiver team with my mom and dad. Those are the years I truly began to know her - but only as the incapacitated, senior adult—Not as the vibrant person I had heard Dad speak of. Not as the grieving mom of lost children, and not as the vivacious Bible teacher of hundreds of neighborhood children. I'd seen some of her artwork, read a few poems she had written, and seen accolades she had received through the years - but to say I truly knew her - that would evolve across the years, even after her death.

I knew only tiny thumbnail sketches about her children, her siblings, or her parents—my great grandparents. That was such a precious part of the journey to flesh them out and discover more than mere names on a genealogy chart, but real people with hopes, desires, shortcomings, and victories over insurmountable obstacles. My journey allowed me to interact with people who were unrelated, but whose lives had been touched by the people I sought.

The most difficult part, in the beginning, was the sheer mountains of material that I had to sort, read, decipher, and catalog. There were gimongous piles of ancient documents that occupied crates all over my dining room—for years. Every waking minute when I wasn't at work, or involved in our church ministry, or being involved with family, I was hunched over boxes and files of stale-smelling paper that had grown brittle and musty with the passage of time. No one MADE me do this - but it was there, and I NEEDED to do it. Somehow, I had appointed myself to be the family historian and wanted to bring order out of the chaos of family history for the next generation.

The easy part was getting organized. I love to organize. Purchasing hundreds of hanging file folders and labeling by years became a fun pass time. At first, I dropped every document, photo, or letter into the correct year. This took years and LOTS of notes - but it was an emotional rush to see history becoming organized by year.

As the years rolled by, my focus changed - again and again. It began with a quest to discover how Hallie had ended life with such kindness - a kindness that I had heard about and witnessed in all the years I had known her. As that quest matured, I began to think more about the influence she had on so many people and I wanted to meet people who had known her. I thought somehow, I needed to find all these people to bring their stories to light, thereby giving them a place in memory - and that without doing this, they may be forgotten. Often, I became discouraged when the trail would grow cold, and I'd get busy with my life - and then pangs of guilt would reprimand me for not finishing the job. But the joy of pressing forward always continued and I discovered that setbacks were a part of the whole experience. As I met people—real people with real struggles, often it exposed an area in my life that I needed to adjust or surrender to Christ, grow, and learn from. We all move forward and backward along the way, and each of us leaves a legacy in the lives of those who know us during our time on earth. Even my perseverance in finishing this journey is having an impact on those who are aware of my undertaking. Whether the next generation remembers me in particular - if I walk humbly with my God and exhibit His love and grace - I've left a legacy.

The research was fun! Hard work, but great fun. I began to discover names, places, and events and with each discovery, I wrote it down as if I were Nancy Drew looking for clues. The clues took me to some out-of-the-way places and interesting situations, but every experience helped shape the story. I met people I would never have met in any other situation and traveled to places I'd never even heard of. But the caveat to the word fun is, it was hard and exhausting work but an experience I wouldn't trade for anything. I spent many hours of every day in libraries across many states. My car logged thousands of miles, and the best way to gain the insights I gained were garnered in BEING THERE absorbing the ambiance and the history first-hand.

I became serious with my research around 1987—though at that time it was more like looking into family history out of curiosity. I posted stories on my blog and wrote devotionals based on a few of the stories I uncovered. Then it changed focus and was to be a story about my Aunt Hallie, so the research began. Through the years the story took over and began to write itself as a journey taken with my elderly mother-in-law. Her last trip with me in research was in about 2018 - so the story simmered and matured for almost 31 years. 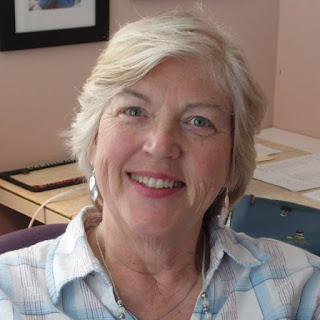 Ritchie Dawn Hale. Has written for Upper Room, SBC Life, Campus Life, and other publications. A pastor’s wife of fifty years, mother of three, and Nonna to ten, her life is an adventure. Since retirement from teaching she continues to enjoy time at the beach, writing, and photography.

Email ThisBlogThis!Share to TwitterShare to FacebookShare to Pinterest
Labels: Bringing Relatives to Life in a Book, Ritchie Dawn Hale, Suite T, Treasures of The Tattered Box