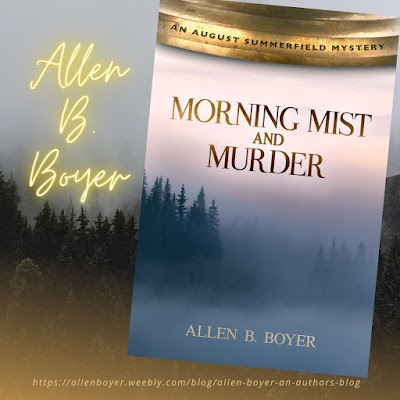 Did you ever think about stepping back in time? Maybe twenty-five years in time to collaborate on a book with a younger version of yourself? It sounds like something out of a Stephen King novel, but in 2020, I had such an opportunity.

I’ve been writing books since 2003. I’ve had the good fortune to write thirteen books for two national publishers. As most writers know, the process of sitting at a desk staring at a keyboard with no distractions around can make writing a lonely experience. However, there are some writers who collaborate on books. Until 2020, I never known the experience of co-authoring a book. However, that changed when I found the perfect person to collaborate with. A much younger version of myself.

Way back in 1997 I began to write a murder mystery set in a quiet community called Mount Gretna. Based on a real place, I was familiar with the history of the community and how it attracted artists and scholars every summer to pursue academic interests. Even the streets of Mount Gretna are named after Ivy League schools. A detail meant to reflect the environment of the community. To me, it seemed like the perfect place to set a story where a dead body is found in this perfectly academic place.

Back in the 1990s (when I started this story), I was reading a lot of James Lee Burke. I loved his prose and marveled at his writing. His protagonist, Dave Robicheaux, was a tough as nails detective battling his drinking habits and leading a solitary life. For some reason, I wanted to have a character like this at the center of my mystery. A reluctant hero with dark secrets who tries to solve the mystery by himself. Around a hundred pages into the story, I got stuck on a plot point and couldn’t get around it. With writers block staring me in the face, I admitted defeat, put the manuscript away and forgot about it.

Flash forward to 2020. Like most people, I was locked down in my home because of Covid, looking for ways to occupy my time. That’s when I ran across the manuscript, which I had titled Gretna Greed. A good portion of the story was written by long hand and filled a series of notebooks that I found in a packing crate in my basement. I went through the notebooks and read lots of passages that worked and lots that didn’t work. After reading through a few notebooks, it became clear to me that I had to come up with a better plot and a better character to frame the story.

I gave the plot a lot of thought before I started writing. I’ll admit, I was a bit intimidated by the challenge of rewriting the story. After all, this was the manuscript that gave me writers block once. I was very conscious of that and didn’t want to get stuck again. As a result, I began to make changes.

I kept the discovery of a dead body at Mount Gretna’s Lake, but decided to set the story in the 1960s. Instead of sticking with the dark tone of Gretna Greed, I decided to lighten up the storyline by changing the main character. Gone was the moody and brooding Dave Dampier, replaced by a former Secret Service agent to Dwight Eisenhower named August Summerfield (the last name I found on a tombstone at a local cemetery). Gone was the idea of the main character being a loner. Instead, I had August move to Mount Gretna where he purchased a home next door to his niece, Grace Walker. I had August and Grace both mourning the loss of Grace’s mother (August’s sister). I thought it would be interesting to let grief bond these two characters, and how a murder mystery provided them both with an opportunity to escape that grief.

Aside from his vulnerable side, I gave August a few quirks as a character. He loves Happy Jim chewing tobacco, a brand that was very popular in the 1950s and 60s. My grandfather always had a pouch of Happy Jim around and loved to chew it. He also carried a spittoon around the house with him. I thought it would be an interesting character trait for August. However, unlike my grandfather, August is not that good of a shot when it comes to spitting out his tobacco juice, which leads to some humorous situations.

Another trait I thought would be interesting was to give August his love of bird watching. He’s retired and it’s an activity that, like my father, was interesting for August. I decided to make August very knowledgeable about birds. Knowledge that he sometimes shares when he sees a parallel between the behavior of a bird and the that of a suspect.

What I learned about myself as a writer during this process is that I’m a better writer now than I was two decades ago. While the prose I wrote in 1997 was good, it just no longer fit with my style of writing. I remember how it used to take me a long time to craft these poetic pages of narrative like James Lee Burke. When I read those passages in 2020, it simply slowed up the reader. The story didn’t have any flow. So, as much as I can say I collaborated with a younger version of myself, there really isn’t much left in the story from 1997.

Morning Mist and Murder is the title I gave this first August Summerfield mystery. I wasn’t sure if there would be a need to bring this character back, but I’ve been pleasantly surprised by the sales in the first month. It was a journey well worth taking as a writer.

Do you have a story that your tried to write but couldn’t? A tale that you put away and never got back to? Well, you might be surprised by what you can do when collaborating with a younger version of yourself. 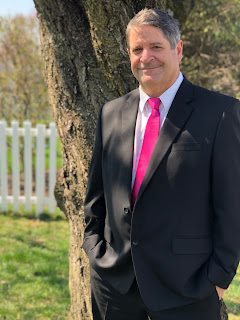 Allen B. Boyer lives near Hershey, Pennsylvania with his wife and three children and one year old Golden Retriever. He is the author of thirteen books. If you enjoyed Gumshoe Granny Investigates, please check out Bess in the other books in the series, including the Dupree Sisters Mystery Series and the August Summerfield Series.