Writing for the Cinema, Part 1

Award winning author, Michael Hicks Thompson’s, The Rector and The Actress, and I are members of the same writers group. Graciously, he recently gave our group his presentation concerning writing your book with the cinema in mind. He presented four similar workshops recently at Mississippi Writer’s Guild Annual Conference at the Grammy Museum in Cleveland, Miss. Thompson’s presentation at this conference is titled, “7 Secrets to Cinematic Writing.”  His books, The Rector and The Actress are currently being considered for movies because of the way they are written.
Thompson says there are two things an author would rather have more than anything. One is book sales and the other is a movie deal. He shared with us his tips on writing with the movies in mind. Some of his tips include:

According to Michael setting the pace isn’t complicated but it does mean describing only the most important details of action, characters and the setting. With many authors this goes against the grain because there are many descriptions you could add but shouldn’t. Do not over describe. “Take out the garbage! Take out the unnecessary words and descriptions.” Things that spoil the pace is the use of the following: One of, some, thing, verbs ending in “ing”, adverbs (words ending in “ly”), very and leading words so, most times, in order to, often and often times.

Dialogue should be real. Michael says, “You should use a lot of dialogue.” I would think so but over the decades this has seemed to change from the dialogue packed movies of the 1940’s and 50’s to todays movies with long periods of silence but expressive scenes through the visual presentation of the actors. Michael warned, “If your dialogue isn’t real, the story isn’t real.” Dialogue is an area many writers have trouble with so Michael recommends, “Study the craft.”

Show, Don’t Tell. The difference is Tell is a description, Show is done with emotion. Michael’s example.

Tell: Sheriff Turnbull then told Martha that Tully Ivey never mentioned that Dawkins said he loved her.
Show: “You wouldn’t understand. Twice now, I’ve heard her reference the note in Andrew’s hand, and not once has she mentioned the part where he says he loves me.” Michael recommends if you have trouble finding a way to “Show” buy yourself a copy of The Emotion Thesaurus. Again, study the craft. 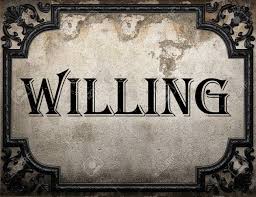 Please know Michael Hicks Thompson is willing to travel to conferences and deliver this and my other Keynote addresses, or workshops. Please contact Michael through his web site, michaelthompsonauthor.com for more information and a quote. His website is interesting and has his current information. My blog post here on Suite T does NOT include all the information told as only Michael can tell in person about his "7 Secrets of Cinematic Writing." Thompson saved his best for last, a number 8, if you will. But I'm not allowed to include it here. You'll need to bring Thompson to your next conference to see his cinematic writing presentation, or his Dramatic Irony presentation, or his "7 Secrets to Mystery Writing."