Why I Write and What I Write

At this point in my life by all rights I should be retired. I’ve just turned seventy-nine, and no where does it say I need to keep sitting at my computer every day and write. But I do sit there – usually from ten in the morning until about two in the afternoon. Sometimes I’ll even go back for more later in the day.

I got into this habit in the early 2000s when I started writing my memoir, Leaving the Hall Light On. That expanded to writing poetry, essays for my blog and other people’s websites, and journaling.

By the time my memoir was published in 2011, I was already working on my historical novel, Papa’s Shoes, which has just been released. And that’s not the end of it. I still write poetry – I write at least one poem a week except in November and April when I write a poem a day to meet the Writer’s Digest poetry editor’s challenge. I journal every day, and I’m currently working on a new memoir.

Way back in 2010 during my frustration about not finding a publisher for my memoir (it took me two years and sixty-eight queries to finally sign a contract), I decided to take a UCLA Extension Writing Workshop called How to Write Your First Novel. At that point I had an idea – which turned into Papa’s Shoes – but I had no idea how to write a novel. That workshop was a great help in getting me started. 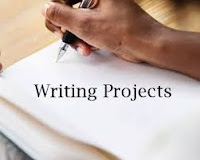 Although I didn’t have the same frustration in finding a publisher for Papa’s Shoes, I decided that once I completed it and started to send out queries to small presses, it was time to start another writing project. I wasn’t sure I had another book in me, but once I created an outline and began to write, I realized I might even have two. The subject I picked was aging – a universal theme I know about very well. As of now, I have finished the first draft, though I feel I need to add a few more chapters. It’s not quite long enough to qualify as a full-length memoir. 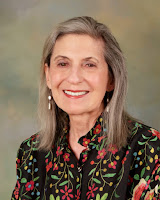 Madeline Sharples worked for most of her professional life as a technical writer and editor, grant writer, and proposal manager, she fell in love with poetry and creative writing in grade school. She pursued her writing interests in high school while studying journalism and writing for the high school newspaper, and she studied journalism in college. However, she only began to fulfill her dream to be a professional writer later in life. Madeline's memoir, Leaving the Hall Light On, is the harrowing but ultimately uplifting tale about her son Paul's diagnosis with bipolar disorder, through his suicide at her home, to the present day. It details how Madeline, her husband, and younger son weathered every family's worst nightmare. Madeline co-authored Blue-Collar Women: Trailblazing Women Take on Men-Only Jobs (New Horizon Press, 1994) a book about women in nontraditional professions and co-edited the poetry anthology, The Great American Poetry Show, Volumes 1 (Muse Media, 2004) and 2 (2010). She wrote the poems for The Emerging Goddess photography book (Paul Blieden, photographer). Her poems have also appeared online and in print magazines. Her articles have appeared in the Huffington Post, Naturally Savvy, Aging Bodies, PsychAlive, Story Circle Network’s HerStories and One Woman’s Day blogs, and the Memoir Network blog. I have appeared on panels at writers’ conferences and have spoken about and read my work at book clubs, book stores, libraries, churches, writing groups, and on the radio. She post about writing on my website Choices and host authors on my website who are marketing their books through the WOW! Women on Writing virtual book tours. Madeline is now a full-time writer and is working on her next book, a novel, based in the 1920s. She and Bob, her husband of 40+ years, live in Manhattan Beach, California, a small beach community south of Los Angeles. Her website and social media links: My website/blog  My Facebook page1 My Facebook page2 My Facebook timeline  My Twitter page  My Pinterest page  Independent Author Network LinkedIn  Goodreads  Amazon  You Tube  Google+

Email ThisBlogThis!Share to TwitterShare to FacebookShare to Pinterest
Labels: Blue-Collar Women: Trailblazing Women Take on Men-Only Jobs, Leaving the Hall Light On, Madeline Sharples, Papa’s Shoes, Why I Write and What I Write