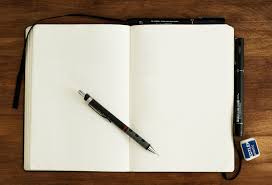 In writing my novel, Sugar Run, one of the main ideas that I was pursuing was the concept of insider versus outsider and the question, can you ever really belong again in a place you once called home? Sugar Run is tied to my own home landscape in a very specific way. Much of the book was written on top of a mountain in a one-room cabin that my father and I built by hand from trees he had planted the fall I was born. My mother remembers him coming in from planting the saplings while she was in labor and in the field on the other side of the house the neighbors were bailing hay and for a while her contractions matched the rhythm of the bailer making its rounds outside the window.

I grew up on that farm in southern West Virginia in a house without indoor plumbing and with a father who buried our money in jars in the yard instead of keeping it in the bank. So, I guess you could say that I come by my love of landscape naturally. I was also deeply affected by my father’s work with incarcerated women in the federal prison in Alderson. As a child I would often accompany him to the visiting room at the prison camp and I was always fascinated by the insider/outsider culture of the place. Here was a camp full of women from the Bronx and Chicago and L.A., tucked away deep in the folds of the Appalachian Mountains. It was clear that the landscape itself was meant to form a barrier against escape. It was also clear that while they were desperate to be free, many of the women were fearful of life on the outside, fearful of going home. I remember overhearing my father counseling women who were soon to be released and later as an adult I realized that their fears and desires were not unlike what many of us West Virginians feel about our own home state, a mixture of pride and struggle and hope. 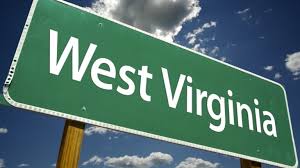 When I was writing Sugar Run in that cabin on the mountain it was just after returning to live in West Virginia for the first time in about twelve years. Now luckily I myself was not returning from a stint in prison, but as a queer Appalachian woman I know well the feeling of not quite fitting in anywhere, there are ways in which I feel more at home in Appalachia than any other place and there are ways in which I feel stifled, constrained and without community. Moving back to West Virginia was difficult and there were also times while I was working on Sugar Run that I tried to quit, I thought the story was too hard to write or I didn’t know how to do it but Jodi’s character wouldn’t let me abandon her, she haunted me, just like West Virginia won’t ever truly let me go, there is something essential and powerful that keeps me coming back.

I feel like Jodi and I both realized at some point that although that home that you recalled so vividly during all your years away is sometimes a place that only truly exists in your heart and your dreams, it is still inextricably a part of who you are.

Mesha Maren is the author of Sugar Run (Algonquin Books). Her short stories and essays have appeared in Tin House, Oxford American, The Southern Review, Ecotone, Triquarterly, Sou’Wester and The Paris Review Daily. She has been the recipient of fellowships from the MacDowell Colony and the Ucross Foundation. She is the 2018-2019 Kenan Visiting Writer at the University of North Carolina at Chapel Hill and also serves as a National Endowment of the Arts Writing Fellow at the Beckley Federal Correctional Institution. In Fall 2019 she will join the Duke University faculty as an Assistant Professor of Practice of Creative Writing.