Exploring the “What Ifs” 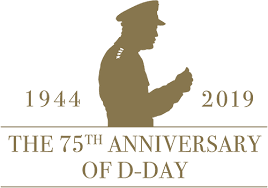 Following the attack on U.S. forces at Pearl Harbor Admiral Nimitz was sent to assess the damage. Upon looking over the damaged ships, aircraft and structures his main concern was the loss of life. He was asked what were his thoughts? He said, “The Japanese made three of the biggest mistakes an attack force could ever make, or God was taking care of America.

Which do you think it was?”

Fortunately, it was Sunday, most of the men, 9 of every 10, were off duty on leave and on shore away from the ships. Otherwise our loss of some 3800 could have been closer to 38,000. He went on to say they didn’t bomb our dry dock across the harbor or otherwise the damaged ships would have needed to be towed to America to be repaired. The Japanese third mistake was every drop of fuel in the Pacific theater of war was stored five miles away in above ground tanks. All our fuel could have easily been destroyed by one fighter plane strafing them.

The 75th Anniversary of D-Day was recently remembered. Loss of life was great there as well. Of the 150,000 troops involved in the invasion, casualties of the landing have been estimated at 10,000 which consist of British, Canadian and American troops. It was estimated during the planning phase of the landing that losses could reach 80%.

With those thoughts of battle the “What ifs” come to mind. Both cases direct us to how much worse it could have been. Considering the circumstance, it must be noted how fortunate we were. On the other hand, the Japanese could look at the “What ifs” with regret. What if we had attacked on another day? What if we had sent another wave of planes and hit their dry docks and fuel supplies?

Personal “What Ifs” are many times those of regret. We tend to dwell on our loss or perceived loss rather than how fortunate we were and our good situation we are in today because of the occurrence. Writers “What ifs” must not only be looked at from both regret and fortune but from a whole new angle. Many writers have had a great career taking an occurrence in an entirely new direction. 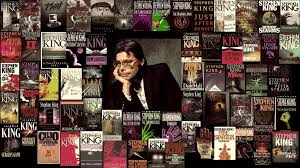 Stephen King comes to mind. There is scary then there is horror. King has taken the “What ifs” of scary to an entirely new level. I cannot fathom how his mind works or even begin to understand some of his stories but I do know with an estimated 87 books to his credit it is working.

King may not be your cup of tea but his methods are something to be noted. I play a game with my grandchildren we call “And Then”. One will begin a story and pass it on to the other by saying “And Then”. This could easily relate and be an exercise for “What If”.

With “What If” your options have never been greater! Fiction writers couldn’t write as successfully as they do without it.

Never let it get too far from your writing. Otherwise what if it did?