By Larry B. Gildersleeve 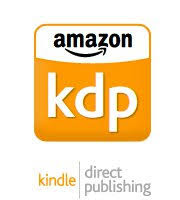 Being a published author had been a dream of mine since my high school days, but it took about fifty years to begin that journey.

My first two self-published novels using CreateSpace (now Kindle Direct Publishing) received favorable reviews in newspapers and magazines. My third novel and my first non-fiction work, both self-published, will be released later this year, and I’ve begun an aggressive search for an agent to hopefully gain access to a mainstream publisher.

I’ve never taken a creative writing course or other formal instruction. I learned to write fiction through exchanges of emails and iterations of my manuscripts with Lynda McDaniel, my outstanding writing coach and editor. Since I live in Kentucky and Lynda is in California, we’ve never met, but that hasn’t diminished the process in any way.

Because I had so much to learn, I wrote, and Lynda edited, six versions of my first novel before finally publishing the seventh in 2016. My second, released in 2017, began with a detailed chapter-by-chapter outline to aid me in focusing on development of my characters, as well as aligning the story line and timeline. The outline was critical to planting seeds of tension and conflict, and then harvesting them.

I wrote my first novel without thinking about things like genre or writing style. I had a story in mind, and just began to write. I’ve since focused my writing in two genres, Christian and Inspirational, yet striving to appeal to a broader secular audience. The more I wrote, the more my style evolved -- short, fast-paced chapters with page-turning endings and hopefully believable and memorable characters. And fewer characters. My first two novels had fifteen and eighteen characters respectively; the third has only four. 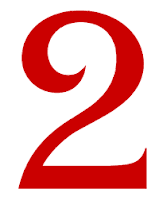 The biggest change in writing the second book came with following the chapter outline. With the third, in addition to the outline I’ve adopted the approach of going back to re-read all that I’ve previously written before continuing on a different day. Laborious and time-consuming, yes. But it keeps me immersed in the evolving story and the characters, as well as ferreting out repetitions of words and phrases, sometimes from one paragraph to the next. I liken it to repeatedly passing a comb through tangled hair, getting a smoother and smoother pathway to my desired outcome.

My research revealed the two most important considerations for marketing a book by a new author are the title and the cover, so I’ve given very careful consideration to both. It’s what will catch a reader’s eye when they see the title in print, or a picture of the cover on Amazon.com or other online marketing channels. 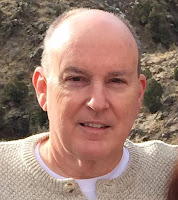 Larry B. Gildersleeve is a father of two and grandfather of four who turned to writing after a four-decade career as a corporate executive. He lives in Kentucky and is the author of Dancing Alone Without Music and Follow Your Dreams. His third novel, entitled The Girl on the Bench, is scheduled for release in mid-2019. www.larrygildersleeve.com