What is Your Character’s Love Language?

Determining our character’s love language is a step forward in understanding the psychological landscape.

Personality preference indicates the extent of introvert or extravert, how the character communicates, views life, and interprets the world around him/her. But a love language gives us insight into understanding one of the basic needs of all humans.

Maslow's hierarchy of needs are listed in a pyramid. From the foundation to the peak:

Study Maslow for an in-depth understanding of basic needs and how these affect your character. For example, every human craves love/belonging, although some deny it. The writer’s challenge is to dig deep and discover what has been nurtured and what lacks developing. Once the aspect is discovered, character growth and change can be explored and creatively woven into story. 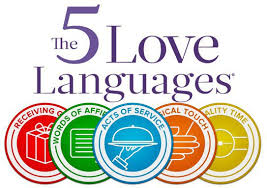 Characters often have more than one love language, but one will be prominent.

A character who grew up hard and forced to be independent may soften with someone who sincerely does acts of service.

A character who received criticism all her life may respond positively to words of affirmation.

A character whose parents never spent quality time with him/her may appreciate someone sharing individual attention.

A character who grew up in an environment where gifts were played down may be moved by a tangible token of appreciation.

A character who never knew physical touch longs to experience the connection of one human to another. That character may enjoy a loving pet yet be fearful of human relationships.

Another consideration for a character’s grasp of love is the character’s view of faith. Christianity, Judaism, Islam, Buddhism, Hinduism, Sikhism, and other religions define love according to their beliefs. For the character without faith, love is dictated by life experiences and what the character values most.

I found  three websites that offer valuable information to help writers determine the love language of a character.

How a character responds and reacts to love shows who he or she is psychologically. The internal landscape of a character has strengths and weaknesses in the list of basic needs. Begin with love to see how a character opens up or shuts down and how it moves the story forward. 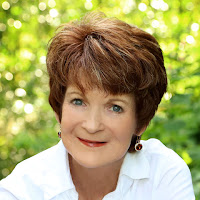 DiAnn Mills is a bestselling author who believes her readers should expect an adventure. She weaves memorable characters with unpredictable plots to create action-packed, suspense-filled novels. DiAnn believes every breath of life is someone’s story, so why not capture those moments and create a thrilling adventure? Her titles have appeared on the CBA and ECPA bestseller lists; won two Christy Awards; and been finalists for the RITA, Daphne Du Maurier, Inspirational Readers’ Choice, and Carol award contests. DiAnn is a founding board member of the American Christian Fiction Writers, a member of Advanced Writers and Speakers Association, Mystery Writers of America, Sisters in Crime, and International Thriller Writers. She is co-director of The Blue Ridge Mountain Christian Writers Conference, Mountainside Marketing Conference, and the Mountainside Novelist Retreat with social media specialist Edie Melson where she continues her passion of helping other writers be successful. She speaks to various groups and teaches writing workshops around the country. DiAnn has been termed a coffee snob and roasts her own coffee beans. She’s an avid reader, loves to cook, and believes her grandchildren are the smartest kids in the universe. She and her husband live in sunny Houston, Texas. DiAnn is very active online and would love to connect with readers on: Facebook, Twitter, or any of the social media platforms listed at diannmills.com