By Shirley Raines, author, speaker, consultant, President Emeritus of the University of Memphis and Author of An Uncommon Journey:  Leadership Lessons from a preschool teacher who became a university president 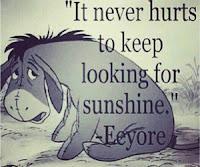 Open Facebook, there are quotes. Open LinkedIn, there are quotes.  Open Twitter, even more quotes.  Quotes are ubiquitous. Everywhere I look, on my phone, in my office, in my mind, inspirational quotes whirling around from history, literature, the Bible, wise philosophers, and ironic essayists.  In speeches, I even have quoted Dr. Seuss and the Lorax, conversations between A.A. Milne’s Winnie-the-Pooh and Eyore, and Aesop’s advice for the “Boy who Cried Wolf.”

Audiences know famous figures from history and like my quotes on bravery from Eleanor Roosevelt, famous lines from Shakespeare, and encouraging poetry by Mia Angelo. After my speeches, I often survey my audiences to ask them which quote they like the best.  One is their favorite. They like the quote from Adam; no not Adam in the Bible, Adam in my office. 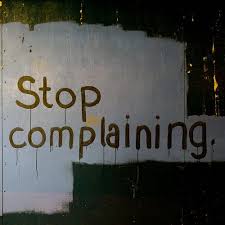 Adam was a student worker in my office at the University of Memphis for four years while working on his undergraduate degree.  He helped with anything and everything that anyone in the office asked him to do.  As graduation neared, we planned a party for Adam, but instead of us giving him a present, he gave the office one – a quote.  He even framed the quote and said that he would always remember the lesson he learned in the president’s office, “Happiness is doing with a smile what you have to do anyway.”  Adam added, “Without bitching and moaning.”  He said he did not think those last words would look good framed in the president’s office.  What was the source of Adam’s quote?  It was by the well-known author, “anonymous,” and appeared on a printed calendar that was on Adam’s desk.

Dr. Shirley Raines is a much sought-after speaker, consultant, and author, who speaks with humor, enthusiasm, and authority.  Shirley’s career in education culminated with her appointment for 12 years as the President of the University of Memphis, the first woman in that role. Powerful, prepared, and personable were the descriptions used at Shirley’s induction into the Tennessee Women’s Hall of Fame.  She has served on the selection committee for the National Teacher of the Year.  Dr. Raines also was invited to speak at the White House Conference on University Entrepreneurship for the FedEx Institute of Technology. Shirley has written 18 books, 15 for educators, 2 for children, and her 2018 leadership book is available from Outskirts Press, An Uncommon Journey:  Leadership Lessons from a preschool teacher who became a university president.  Contact information:  Executivespeakers.com or shirleyraines.com Her social Media links are: Twitter:@sraines0445  Instagram:@shirley_c._raines Facebook: https://www.facebook.com/drshirleyraines LinkedIN: https://www.linkedin.com/in/shirley-raines-42929699/ Pinterest: https://www.pinterest.com/sraines0445/

Email ThisBlogThis!Share to TwitterShare to FacebookShare to Pinterest
Labels: Adam’s Quote, President Emeritus of the University of Memphis and Author of An Uncommon Journey: Leadership Lessons from a preschool teacher who became a university president, Shirley Raines