The Pulpwood Queens and Me 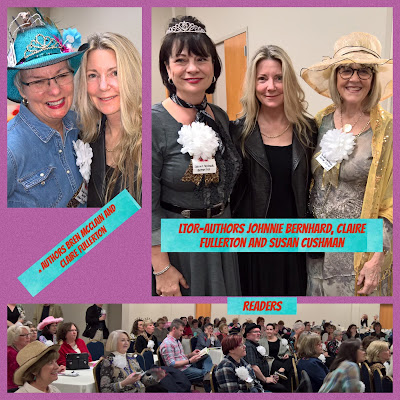 For the uninitiated, first I’ll answer the question, “What in the world is meant by the Pulpwood Queens?” Thank you for asking. The Pulpwood Queens is a book club. It is the brain-child of one fabulous woman from Texas, Kathy L. Murphy, a painter and hair stylist who owned a salon in Jefferson, Texas, worked as a publisher’s rep until she lost the job, and, rather than lying down, bounced back by consolidating her talents. She opened Beauty and the Book, the world’s only combined hair salon and bookstore. From there, she founded The Pulpwood Queens of East Texas Book Club, which exploded into a nation-wide success. Today, The Pulpwood Queens has 765 book club chapters comprised of the most enthusiastically dedicated readers under the sun. I know this because many of the book club members showed up last weekend in Jefferson, Texas for the annual Pulpwood Queens Girlfriends Weekend. They brought their giddy-up in their get-along, wore tiaras and full costume for 2019’s How the West was Won theme, and, for the first time, I was there as a featured author. I will tell you in no uncertain terms that the weekend was the Mardi Gras of the book world. Three days of back-to-back panels comprised of authors introducing themselves and their latest work to a rapt audience of readers eager to discover new books. And in the middle of it, Kathy Murphy: the hub of the wheel, the Pulpwood Queen herself, her magnanimous heart on her sleeve in the middle of her mother-hen joy.

The Pulpwood Queens Girlfriends Weekend was an organized, over-the-top, combined book and love-fest. It’s not so easy to corral unbridled enthusiasm into a manageable space, though we all made the trip to Texas for the same reason. We came to fraternize with each other in an arena without hierarchy. We were there because we love books, the people who write them, and all those who read. All this reported, there was a plan. There was structure, lest the two hundred or more participants melt into a fawning, neck-hugging puddle of ecstasy over meeting a long-admired author in person for the first time, or someone known only through Facebook, now within arm’s reach.  For months prior, Kathy Murphy’s right-hand administrator, Tiajuana Anderson Neel, sent notice via social media about what to expect from the weekend and when. She posted a list of recommended lodging, suggested costumes, and shared the weekend’s schedule of events on the Pulpwood Queens Website, where she instructed all authors on how to donate an item pertaining to their book, for silent auction, whose proceeds were to benefit everyone’s favorite non-profit, The Pat Conroy Literary Center, in Beaufort, South Carolina.

On a personal note, I wasn’t going to miss this. No fire, torrential rain, nor threat of mudslide could keep me from leaving Malibu, California and making my way to LAX. I was going to Jefferson, Texas on January 17, if I had to walk, spurred by the fire of anticipation over a three-day book festival aimed at mingling authors and readers.  Every second it took to get from Malibu to Atlanta to Shreveport then make the forty-nine- minute drive into Jefferson, Texas was worth it, and I knew it for what it was when I checked into the Excelsior House Hotel.

I’d be hard-pressed to envision a better backdrop for a book festival than Jefferson, Texas. Everything in the historic town was within walking distance to the convention center, where the party was held. Ambling down the spacious sidewalk on my way to the opening ceremony, I passed restaurants, a coffee shop, and the fully-realized General Store, which had a sign out front reading, “Welcome to the Pulpwood Queens.” It seemed the entire town was behind Girlfriends Weekend. So much so, that even Jefferson’s mayor showed up. Local shops contributed discount codes to the weekend’s attendees, and area restaurants remained open long past their closing schedule because word of the weekend’s festivities was all over the streets.

One foot inside the convention center, and the party was in full-swing. People milled about in cowboy hats and tiaras, smiling ear-to-ear, wearing boots. It was like being in a bee-hive holding the reins of a live wire, until the introduction of each featured author ensued, and the eight Southern Writers on Writing panelists took the stage, then the entire room suddenly felt like being in church. The audience was riveted as each of the panelists shared their thoughts on what it means to be a writer—a Southern writer, certainly, yet the breadth and scope of the discussion was also far-reaching, setting the tone for the following two days. 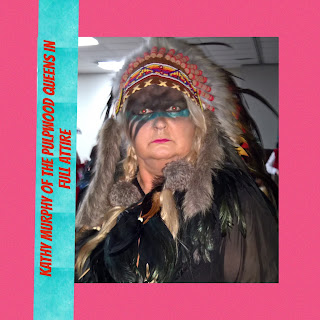 To bare witness to authors, nationally known and otherwise, talking about the premise of their books was a study in the passionate fires that lead a writer to pick up a pen in the first place. Throughout the weekend, there were key-note speakers that brought down the house: Revis Wortham, Paula McClain, Ann Weisgarber, Ann Wertz Garvin, Lisa Wingate, River Jordan, and we were all thrilled by the repeated participation of author Patti Callahan Henry, who appeared wearing a black, bouffant wig as the singer, June Carter Cash. One after another, Kathy Murphy moderated panels, giving a forum to authors who introduced themselves and their books in what seemed an intimate setting. Primarily, the Pulpwood Queens Girlfriends Weekend is geared toward readers; it was to them that each author gave their all, before taking a position at a table to shake hands and sign their book.

A highlight of Girlfriends Weekend was the group that came from Beaufort, South Carolina to share the stories about beloved author, Pat Conroy, who was written about in a series of essays assembled in the engaging book, Our Prince of Scribes. Pat Conroy, many knew, was a proponent of and participant in Girlfriends weekend. On the last day of the weekend, the pillars of The Pat Conroy Literary Center gave a talk about Conroy, with an attendant video that touched the hearts of everyone in the room.

Girlfriends Weekend concluded with a party unlike any other. Billed as The Big Hair Ball, it was all that and more. I’ve never seen such thought go into a bevy of costumes aimed at a western theme: cows, Indians, a pioneer woman, Annie Oakley, outrageous wigs, studded cowboy hats, and a mustache to rival actor Sam Elliot’s swirled on the dance floor in a celebratory vortex to the beats ranging from country to disco to pop. 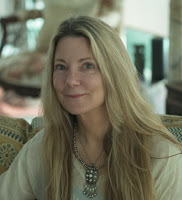 Claire Fullerton is from Memphis, TN., and now lives in Malibu, CA. She is the author of Mourning Dove, a Southern family saga set in the genteel side of Memphis. Mourning Dove is the 2018 Literary Classics Words on Wings award winner for Book of the Year. It is the 2018 bronze medal winner for Southern Fiction by Readers’ Favorite, a finalist in the 2018 Independent Authors Network Book of the Year, and was listed in the International Faulkner Society’s 2018 William Wisdom competition in the novel category. Claire is the author of Kindle Book Review’s 2016 award for Cultural Fiction, Dancing to an Irish Reel, and paranormal mystery, A Portal in Time. She contributed to the book, A Southern Season: Four Stories from a Front Porch Swing, with her novella, Through an Autumn Window. Her work has appeared in Southern Writers Magazine, and was listed in 2017 and 2018 in their Top Ten Short Stories of the Year. Claire’s work has appeared in The Dead Mule School of Southern Literature; Celtic Life International; The Wild Geese, and The Glorious Table. The manuscript for her next novel, Little Tea, is a finalist in the 2018 Faulkner Society’s William Wisdom competition.  She is represented by Julie Gwinn of The Seymour Literary Agency.