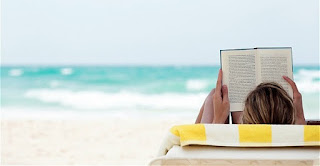 Over the summer, I read two different books that had a unique style in telling a story. Today, I’m going to discuss the style of Megan Miranda’s book, All the Missing Girls. My daughter actually recommended the book after she spent three days  on the beach reading it from cover to cover. I figured it must be good. I had no idea it would have a plot structure and style unlike any I've seen used before in a psychological thriller. The beginning quote in part one sets the stage. “Life must be understood backward but lived forward.” -Soren Kierkegaard.

With that quote, a unique tale unfolds. The first part of the story is a present day set up.
The book’s second part, opens with another quote by Soren Kierkegaard. “It is quite true what philosophy says; that life must be understood backwards.” Then the reader turns the page and discovers that Miranda tells the story from Day 15 backwards. The next chapter is Day 14. Chapter by chapter...consider it a countdown to the book’s part three, the conclusion. I know what you’re thinking, "Annette, that’s so confusing." Well some of the reviews I read said that they were confused and didn’t enjoy it because it was so different. It was a real risk, but my daughter and I loved it. As a writer, it was so intriguing. Telling a story backward comes with some concerns. A reader who enjoys solving a mystery via clues may not like this plot structure. It is a very different way to tell a story since it goes against the linear grain. 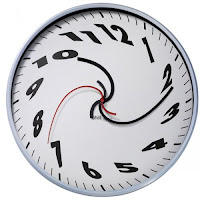 The plot structure is known as reverse chronology. It is a fairly rare plot structure. What we know as writers and readers is that most books are chronological versus reverse chronological. Using reverse chronological the plot is heightened. It starts at a higher point with an unexpected event. There is no real establishment of the protagonist which could be a clue in and of itself. You won’t know until the last page. There aren’t the normal character introductions. The character is revealed within the action of the story. It’s not about solving a mystery in order of events, involving the well-placed clues with a logic to the conclusion. In the genre, of psychological thrillers it’s a brilliant plot strategy that adds to the plot. Deep South magazine interviewed author, Megan Miranda who revealed a tip about writing in reverse, “I kept lists for each day,” she explains, “so there was a list of what the narrator knew and also what the reader knew, and my goal was to sort of walk that line and stay true to both.”

As a "seat of the pants" pantser writer, I’d actually need to plot with the use of an outline if I chose to write in reverse. Did you just break out in a cold sweat? I did. Would you ever write in reverse? Have you ever tried writing in reverse?