2018 is upon us and we’ll be presented with a plethora of writers’ conferences. So many it’ll be tough to decide which to attend. They can be tough on a struggling writer’s budget. When I was the coordinator for the Las Vegas Writers Conference, the question posed to me most often was: “What’s the advantage; what’s in it for me besides a hole in my wallet?”

We all want to hone our craft, get better at what we do because, whether indie author or traditionally published, that’s the road to publication success. Even seasoned writers have room for improvement. Between short stories, two published books, and reviewing theatre I’ve been pulling in a nice subsidy to the family income. But there’s always new things to learn. Conference workshops and panels help me on many different levels; craft, marketing, the all-important how-to on the querying of agents.

Looking for an agent? Want to go straight to a publishing house? A conference is the best place to do that. You’ve got that agent or acquisition editor right there, across the table where you can get them enthused about your manuscript. Some conferences offer them a la carte, some include them in the price.

Networking is an integral part of conferences. Connections are one of the keys to unlocking doors. Social hours are the time to cozy up to an agent who doesn’t accept your genre to ask if they might suggest another person at their agency who may be interested. It’s the chance to meet other authors – some who may have an agent, look at your work, and forward your name.

Another terrific event is the First Page Read Panel. A lottery-style random reading of said first pages with a brief critique. It’s a great way to learn the ins and outs of those crucial initial paragraphs. And, it can lead to much more.

The Las Vegas Writers Conference is one of the few that conduct that type of panel. I submitted three different pieces at the 2014 event, and one was pulled from the pile. After the reading, five panelists presented their views. The sixth, an acquisition editor, looked out over the crowd of authors, and said, “Whoever wrote this, I want it.” Two months later I had a contract for Marvin’s World of Deadheads, the first in the World of Deadheads humorous paranormal series. The third, Nathan’s Clan of Deadheads, was released January 24, 2018. I don’t have an agent, but I’ll be scouting for one this year to pitch a serious upmarket novel I’ve been working on for over five years. If you attend the 2018 Las Vegas Writers Conference, taking place April 19 – 21 at the Tuscany Suites and Casino, come find me. I’ll be in the workshops, and spending meal times, buddying up to the agents I’m most interested in pitching. Hopefully learning to read them the way I never learned to read a poker face at the casinos. 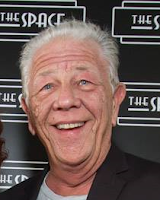