How I used Visual Texts in Creating Historical Fiction 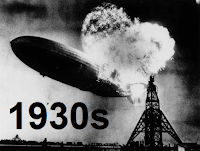 As I wrote and revised my first book, The Growing Rock, my desire to make the story accurate to its time period—the 1930s—was challenging. I found that having little narrative distance between my readers and characters helped greatly, as did including cross-generational themes and conflicts. Another tool came along so naturally that I didn’t realize at first how much it helped establish the book’s historical setting and draw millennials into a story that's set in the Depression.

Teaching both high-school and college students has shown me how crucial it is for writing to grab the reader's attention. In a world that's becoming more digital, these age groups are especially prone to social media websites and other distractions, and YA writers have to be extra creative. I've witnessed in my classrooms how many students pay attention to visual texts and are quick to pick up on how a piece of writing physically looks. We spend class time discussing words that are italicized, words in bold, long paragraphs, sentence variety, photos, charts, etc.—clues in the text itself.

I used visual texts in The Growing Rock in several different ways. The first example is in the Prologue when we see Caroline's story of The Growing Rock typed on a 1930's Remington typewriter. Immediately, readers know the story isn’t set during the present. The typos and the language itself indicate that the author lacks spell-check.

The second is in the letters that the characters exchange with one another. Because we live in a world with email and text messaging, many teens have never had to write handwritten letters, and so having my characters communicate in this way was helpful in depicting this past era. It also provides brief outlets where we hear the story from someone else’s viewpoint.

The third way I incorporated visual text is in the title of the book itself. In looking at the cursive font on the book cover, the reader sees an old-fashioned cursive font. On looking closer, he or she may notice tiny arrows and that there are a couple of minuscule numbers beside the letters. Near the end of the book, Caroline and Peter teach Phoebe how to read and write. 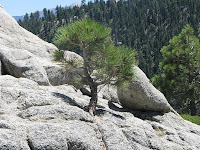 The Growing Rock story is what's helped both girls during hard times and given them hope. When the book ends, we see how Caroline no longer needs the story—it has served its purpose to her and helped her during this time of coming-of-age. But Phoebe, on the other hand, is still too young to understand things and still needs the story. It remains a favorite she will beg Caroline to retell. Just as Caroline looked up to Blanche, Phoebe very much so looks up to Caroline, and she would be likely to try to impress her older sister by writing her own story about the Rock. The small markings beside the title are similar to those in a calligraphy workbook, hinting that Phoebe wrote it, while creating a visual of something that is becoming a lost art and is no longer taught in many present-day schools. 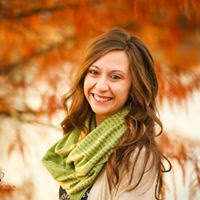 Susanna Lancaster is the author of the historical fiction YA novel, The Growing Rock. Her work has also appeared in Balloons Lit. Journal, Memphis Health + Fitness, Hieroglyph, The Perpetual You, and the Dear English Major website. She teaches English at Southwest Tennessee Community College and lives in Memphis, TN with her husband Kyle and pet yorkie Boston. She is always on the lookout for something good to read.  Website: Susannalancaster.com  Facebook: facebook.com/susannalancasterauthor   Instagram: Susanna_Lancaster_Author