Snagging and Keeping Your Readers’ Attention 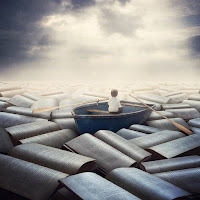 In the vast ocean of books, what will make your book special, snag the reader’s attention, and cause her to read past that first line? It’s the opening sentence, surely. Start out with a bang that causes your readers to want to know more.

Each chapter in my books is a scene with an opening, a middle point, and an ending; however, the chapters end in such a way as to make the next chapter imperative, all the way through the book until the ending. And even then, hopefully, the story was so intriguing that the reader feels she wants to read the next book, and the next.

Writing is a time consuming, emotional process. Compensation comes in knowing I have done my best to bring the reader into a world of my own creating, in getting the reader to see, feel, and hear the things the protagonist sees, feels, and hears. The only way I know to do this is to be that person who lives within the pages of my book, even when she takes a nose dive in her car, down one of the steepest, most dangerous hills in Ventris County, or finds a dead body on top of a brush pile in Goshen Cemetery, or speeds across a flooded bridge with a killer close behind.

Darcy Campbell and her Mother Flora Tucker, who inhabit the four mysteries in my first series, and Ned McNeil, heroine of the Moonlight series, get into some perilous situations and it’s up to me to get them out. That is never easy, but that’s what makes the story interesting.

My cozy mysteries are all written first person. I stay inside the head of Darcy Campbell in the mother/daughter sleuth series and Ned McNeil in the moonlight series. The reader looks at all that’s happening only through the eyes of these women.

I use dialogue a lot in telling the story. It is always more fun to listen in on conversations between two or more people, rather than just telling the reader what is happening. Even when Darcy is alone, she sometimes talks to herself and Ned can be heard quite often confiding in her cat Penny.

Colorful verbs help keep interest high. “I trotted to Daisy’s side and dropped to my knees.”

I grabbed one of my boots, scrambled to my feet, and let fly.” 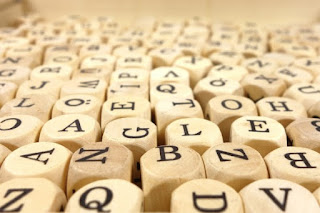 Sometimes just the right word plays hard to get and tries to elude me. But, finding it is worth the hunt. 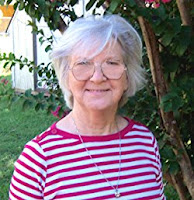 Blanche Day Manos is the author of the Darcy and Flora series about a mother and daughter sleuth team: The Cemetery Club, Grave Shift, Best Left Buried, and Grave Heritage. She also writes the Ned McNeil mysteries, following courageous heroine Nettie Elizabeth (Ned) McNeil through breath-taking scenes in Moonlight Can Be Murder and By the Fright of the Silvery Moon.  Blanche has been writing mysteries since she was big enough to hold a pencil. In addition to her cozy novels, she has been published in children’s magazines, educational magazines, and Christian periodicals. She welcomes visitors to her daily blog site. Her “Mysteries with an extra shiver” are cozies, but not the kind you might want to read at night when you are alone or need a good night’s sleep. Each book has many shivers, cover to cover. A native Oklahoman and retired teacher, Blanche now lives in bustling and energetic Northwest Arkansas. Her mysteries are set in the small towns she knows so well. You can find out more about Blanche at her website, http://www.blanchedaymanos.com/ where she writes a daily blog, on https://twitter.com/BlancheManos, and https://www.facebook.com/blanchedaymanos.author

Email ThisBlogThis!Share to TwitterShare to FacebookShare to Pinterest
Labels: Blanche Day Manos, By the Fright of the Silvery Moon, Moonlight Can Be Murder, Snagging and Keeping Your Readers’ Attention