Writers Do You Do Groups 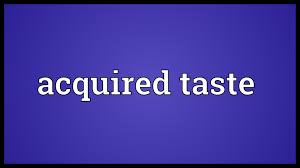 Writer’s groups can be an acquired taste. Some swear by them. Others swear at them.

I’m personally a fan, or at least a fan of my club. I shopped around for a writers group when I decided to seek publication for what is now MYSTA, a paranormal romantic suspense, available at www.darkoakpress.com/Mysta.html, Amazon and other outlets. In fact, I tried on several groups, had a few bad experiences too before I found a good fit with Malice in Memphis Mystery Writers. I didn’t really consider myself a mystery writer at the time, but I was intrigued by the talent in the group and the temptation of a publication credit they offer their members by issuing anthologies.

So I pondered, and realized most fiction centers on a mystery in some form or fashion. Could be as simple as the secret the hero and heroine are keeping from each other to the intricate political thriller with constant twists and turns that keep you on edge until the end and then the rug is yanked from under you again.

Even horror revolves around mystery. What happened to the mild-mannered man that turns him into a killer after dark? Why is the house haunted? Who died that won’t go toward the light? Life itself is a mystery. So I joined Malice in Memphis.

And learned I knew nothing about writing.

But you know what? The founders of the group already well established with their publishing careers, took the time to share their knowledge and experiences with us newbies. I can’t thank them enough for their help and encouragement.

Need help with Point of View? Point of who?

Rejections? Probably have hundreds between us. Crooked agent? You betcha. Theft of work?

Someone has already been there, done that. You can keep that particular T-Shirt, please! 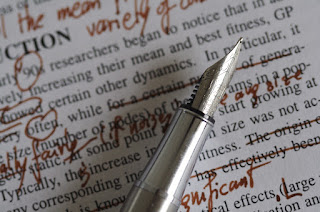 Malice offers invaluable programming for our membership which includes professional guests such as publishers and editors to police detectives, forensic technicians and paranormal researchers.
So don’t be afraid to try out a writers group. Walk away if it doesn’t feel right and try another. It might take some time to find what you’re looking for. Some of our members drive an hour and a half to reach us. The purpose of a good writers group is to provide a means of inspiring the craft of writing, and to encourage and assist each member toward the goal of publication. Plus, it makes a world of difference to associate with like-minded people who understand the trials of the business and the voices in our heads.
_____________________________________________________________________ 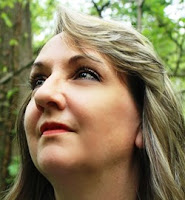 Kristi Bradley was born and raised in Memphis, Tennessee, she disappeared into parts unknown after a brief marriage to a wanna-be-crime lord, lived under an alias while gaining self-defense and weapons training, only to re-emerge as a seemingly normal wife, mother of three, step-mother of one, grandmother of three, owned by three dogs and three cats, lots of threes to thwart questions about her suspicious past. She is President for Malice in Memphis Mystery Writers Group and writes and paints her own versions of reality. Her first full-length paranormal romantic suspense MYSTA is now available from Dark Oak Press. You can find her short story A Haunting in Midtown in Malice in Memphis Ghost Stories. Also, her short stories Murder in Midtown and Voodoo Village can be found in Malice in Memphis Bluff City Mysteries, also published by Dark Oak Press. Please give her author page a LIKE on Facebook. She’d hate to have to hunt you down...Check out Malice at www.maliceinmemphis.com or on Facebook. You can find me at www.facebook.com/KristiBradley101/ or email me at kristibradleywrites@gmail.com.

Email ThisBlogThis!Share to TwitterShare to FacebookShare to Pinterest
Labels: Kristi Bradley, Malice in Memphis Bluff City Mysteries, Malice in Memphis Ghost Stories, Murder in Midtown and Voodoo Village, Writers Do You Do Groups